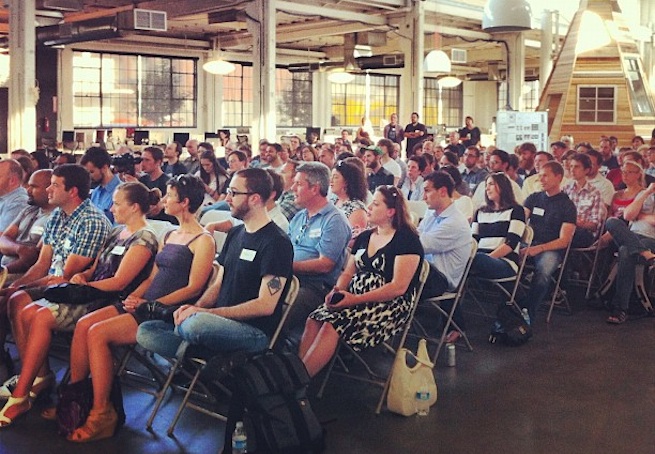 This is a guest post from entrepreneur Mario Schulzke, which he wrote while traveling across the U.S. in a beat-up Honda Element.

Lesson One: The Chamber of Commerce is Irrelevant

For the past 50 days we have been driving across America trying to organize events for entrepreneurs in all lower 48-states. So far we have created 21 events across 20 different states, on average three per week all the way from San Francisco to Sioux Falls. Speakers have ranged from TechStars CEO David Cohen to Carl Blake, a pony-tailed pig farmer in rural Iowa.

We’re just three guys in a Honda Element who spend most of their nights couch surfing, staying in cheap hotels or on pig farms. 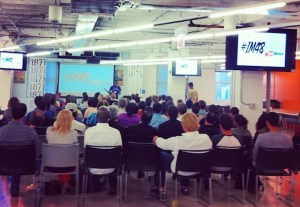 It has been the most tiring and rewarding challenge I’ve ever set for myself. The only way one can organize three events per week across three different states is by reaching out to local organizations and influencers to ask for their help in choosing the right speakers and venues and to get butts in seats.

The goal always is to create win/win/win situations. We shine the lights on many of the surprisingly entrepreneurial communities across America, speakers get exposure, and the audience gets to learn how successful entrepreneurs bring their ideas to life.

Yet there is one organization with a global footprint that with one or two exceptions has been of no help at all — the Chamber of Commerce, specifically its local chapters. When we call them to ask if they have any members who they might be able to recommend to us as interesting speakers, one of three things happens:

All three are equally troubling for an organization that publicly states its goal is to fight for business. More troubling, every time we have gotten the support of local chambers (two out of 21), their representatives tell us that their biggest challenge is to attract and provide value to startups.

Being a (very) small business owner myself and having learned a fair bit from some traveling through some of America’s great startup communities, here are three small pieces of input:

When I consider organizations that truly benefit the local startup scene, Startup Weekend and Startup America come to mind. The folks leading the charge locally tend to be local entrepreneurs. If the local chambers of commerce are run only by bureaucrats, lawyers, or accountants, that’s a real disconnect to potential members who are not.

Great startup communities oftentimes are built because they’re being (sometimes invisibly) led by selfless entrepreneurs who care deeply about the places they live in. When I emailed Brad Feld of the Foundry Group in Boulder and told him about the event, he immediately put me in touch with three or four people who ultimately were key to making the event a success. Same for Rand Fishkin of SEOmoz in Seattle and Ethan Austin of GiveForward in Chicago. No great startup ecosystem has been built on a “if you do this, then I’ll do this” mentality.

Care about the ecosystem, not just your garden

My last piece of advice. I am not opposed to organizations that go to work for their paying members. That’s why members pay. However it’s not healthy for an entrepreneurial ecosystem when it’s squarely focused on benefiting big business, banks, and accountants. Successful entrepreneurial ecosystems come to life when you have a variety of businesses, large and small, pushing in one direction, not only for their own sake but for the community as a whole.

Mario Schulzke is the founder of IdeaMensch, a community that helps entrepreneurs bring their ideas to life. He is currently on a 48-state road trip to help promote entrepreneurship across America by organizing events in every state along the way.