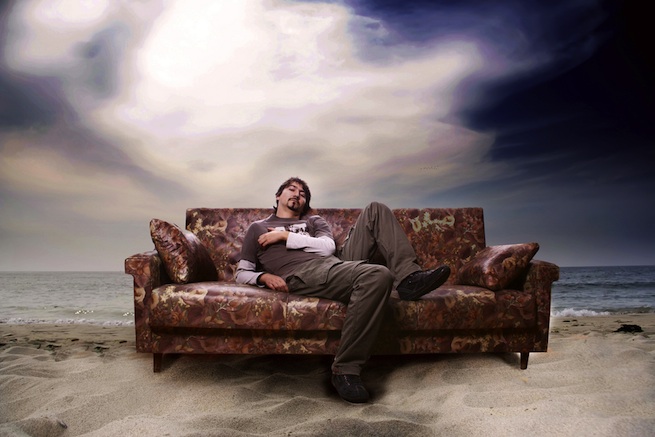 CouchSurfing, a website that connects travelers with friendly, foreign strangers willing to share their home, is proving to be fundable business. Today, the company raised an additional $15 million, bringing its total funds raised in the past year to $22.6 million.

The San Francisco-based company, which refers to itself as a “social travel network,” connects nearly 5 million members with a place to crash in more than 93,000 cities via its website and mobile apps. As we reported last year, it makes money from its identity verification service and is exploring other options, but has kept its promise to keep the core offering (couch hosting and couch surfing) free.

When CouchSurfing launched in 2004, it was a leader in the movement that would later be known as “collaborative consumption.” Back then, it seemed like a hippie concept: if you have a spare couch or room, why not share it with a traveler willing to slum it for a night? Turns out that CouchSurfing was ahead of the curve, as the space has expanded to include profitable ride-sharing services like GetAround and Relay Rides, as well as vacation rental sites like Airbnb.

Now, investors are pouring funds into the space and are making a firm bet on the growth of the sharing economy, which would increase access rather than ownership.

“More than four years ago, I identified the sharing economy, or collaborative consumption, as a very exciting new area and made my first angel investment in the space,” said Shervin Pishevar, Managing Director at Menlo Ventures, in a statement. “CouchSurfing truly launched this movement in 2004, and the world has finally caught up to it.”

This is CouchSurfing’s second major funding round since converting from a nonprofit to a B Corporation, a for-profit structure for companies that aim to solve environmental or social problem. In April, it brought on a new chief executive, Tony Espinoza. The former product manager at Apple and MTV has focused on mobile, and developed the company’s first iPhone and Android apps.

So if you still associate CouchSurfing with, well, couches, it’s time to expand your definition.

“At its core, CouchSurfing isn’t about couches,” Espinoza told me. “It’s about people connecting with other people in the places that they travel to and live.”

This year, the site has expanded to include the full gamut of tourism services — you can use it to arrange language exchanges, bicycle tours, museum visits and volunteering opportunities. It fits into a growing marketplace for online travel, and competes with companies like AirBnB and Roomorama.

The series B round is led by General Catalyst, with participation from Menlo Ventures, Benchmark Capital and Omidyar Network.