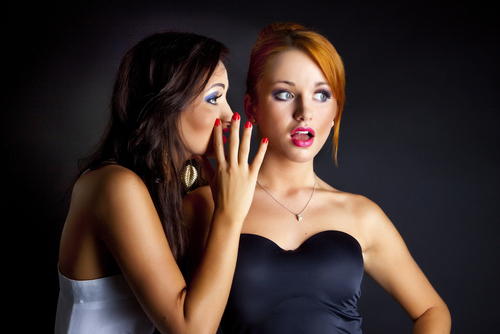 Do you find yourself reading about Kim Kardashian but only sharing articles from the Harvard Business review? You are not alone.

“If Google represents the entire web, Bitly represents the tiny percentage of the web to which people are paying attention,” says URL shortener Bitly’s chief data scientist Hilary Mason. And the content to which you pay attention is almost entirely distinct from the content you share with others. “The things you share are things that make you look good,” Mason explains, “things which you are happy to tie into your identity.”

Today New Yorkers are lapping up a story about a struggling actor who failed to extort money from Harvey Weinstein while the residents of Chicago are more interested in a newly discovered immune system disease. Want to know what’s interesting people in Dublin or Dubai? “Realtime,” Bitly’s social search engine, tracks the most popular links on the web by location, topic, and social network. It’s already being used by the recently relaunched Digg. According to Mason, the links tracked by Bitly are representative of the global social web. Only 30 percent of its traffic originates in the U.S.

The attention that content receives on the various social networks depends on its type. A lot of technology content is, unsurprisingly, trafficked from Twitter while Facebook users prefer to share celebrity gossip. How content spreads on a network depends on two factors: whether it’s breaking news or evergreen content, and the design of the network itself. Twitter is by nature real time. A link’s half-life is the amount of time it takes for it to receive half of its total lifetime clicks. On Facebook the half-life is 3.1 hours. Twitter readers are only interested for 2.7 hours. YouTube viewers hang in there for a full 7 hours. Pinterest activity peaks on Saturdays.

I asked Mason about the downsides of the explosion in data which, like Bitly’s, is gathered from human beings. “There’s a growing distance between the people who have the data and people who are the subject of the data,” she says. “You as an individual don’t know what people know about you. We will also probably see some horrible things happening with disconnected data being connected in a way which violates someone’s privacy. Even though I didn’t check in to the last event I was speaking at, so many people mentioned that I was there that I’ve lost any kind of privacy around my presence.”

The U.K.’s Prince Harry would probably agreed with that sentiment today. Hmm…did I just share that?

Bitly is based in New York and recently raised $15 million in a new round of funding.