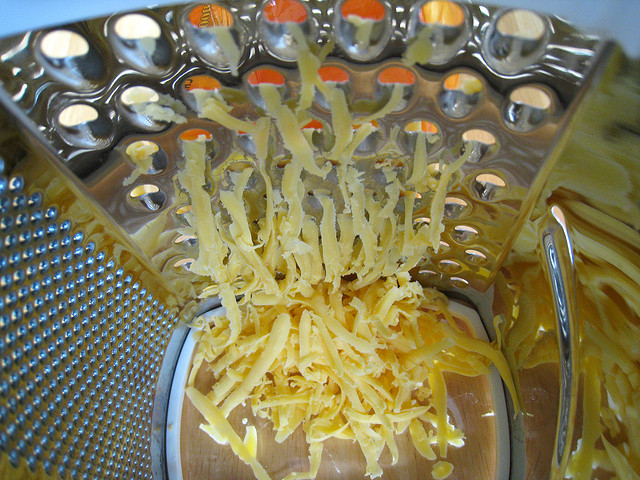 Cheese graters bookended my day today. The first time was in a tip email this morning that inquired what a pressure sensor, cheese grater, and bra had in common. Then, my last post featured a cheese grater gadget that you can lay flat across a bowl, so as not to deal with cumbrous piles of shredded parmesan falling on the floor and blood-drawing wounds (I swear, neither of these things have ever happened to me). Cheese aside, read more to find out what happened today in funding news.

Quirky takes $68M to fill the world with thingamabobs and whozawutsits

Quirky takes the power of crowdsourcing and channels it toward product development. People can pitch their ideas on the site for review by members of the 260,000 community and the Quirky team. The best are then quickly developed into reality, also using the wisdom of the crowd for inspiration, fine-tuning, and tweaking. With this hefty third round of funding, Quirky has pulled in a total of $97 million. Previous investors Norwest Venture Partners and RRE Ventures also participated. Read more on VentureBeat.

Act-On embraced $16 million in its fourth round of funding today to accomodate high-demand for its software and accelerate growth. The company provides marketing automation technology that small and medium-sized business use to organize their online marketing campaigns.

Today’s investment goes toward developing new products and global expansion. It was led by Norwest Venture Partners, with participation from Trinity Ventures, US Venture Partners, and Voyager Capital, who participated in the company’s previous rounds. This brings Act-On’s total funding to $30 million. Read more on VentureBeat.

One of India’s leading venture capital firms, Nexus Venture Partners, has amassed its largest fund to date. This $270 million pool is dedicated to fueling the country’s technology scene by helping Indian startups penetrate international markets. It will also help U.S. startups tap into India’s emerging markets. Nexus has an active portfolio of over 40 companies, which have achieved nearly $1 billion in total exit value. It typically makes six to eight investments a year of up to $10 million. Read more on VentureBeat.

NXT Capital Venture Finance has put together a $500 million fund that provides venture loans to emerging growth companies. NXT targets companies in the technology and life science fields. It offers loans ranging from $1 million to $20 million to both seed and late stage businesses. NXT Capital Venture Finance has offices in Boston and Silicon Valley. It is the venture arm of NXT Capital, which is based in Chicago and has offices around the U.S. NXT was founded in 2006 and has invested $3.2 billion across 142 transactions to date. Read more on VentureBeat.

Russian travel startup OneTwoTrip received $9 million from Phenomen Ventures today. OneTwoTrip is an online airline ticket booking site where users can search for flights, see offers, look at ratings, and select the flight that is right for them. With this funding, the company plans to add additional services like hotel booking and car rentals. Phenomen Ventures is a Russian venture capital firm that focuses its investments on high technology and Internet startups. Read more on VentureBeat.