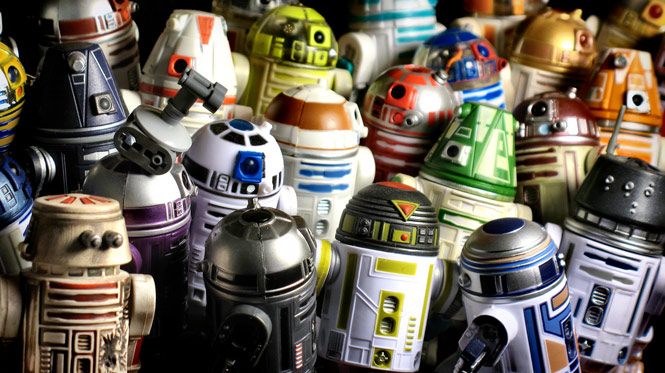 DETROIT — Any time you can make anything suck less, your chances are good of finding a valid business model. Even when you’re competing with Google.

I’m in Detroit checking out the local startup scene, and one of the standouts is Are You a Human. The company is reinventing something everyone loves to hate: captchas.

Captchas are those annoying hard-to-read letters and numbers that you need to type into a web form before submitting something or accessing a section of a site. They prove, in effect that you are human — and not a automated spider or bot that is just scraping content or generally being a bad boy.

I spoke to cofounders Reid Tatoris and Tyler Paxton today about Are You a Human’s business, revenue model, competition, and startling growth.

The first problem with captchas, says Tatoris, is that people hate them:

“Twenty-five to 35 percent of people leave a site when they see a captcha,” he told me. “It drives people away.” 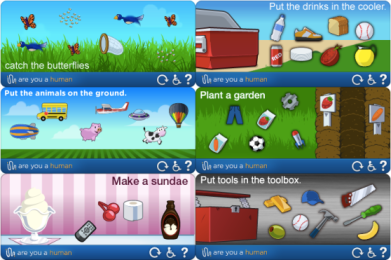 Above: Sample captcha replacements from Are You a Human.

The second problem is that they’re hard. Because bots are getting smarter at pattern recognition, captchas have gotten so hard that 25 percent of the time, the people who did stay on the site, leave.

Together with those who leave right away, that’s like getting 10 visitors to your front door, turning three of them away without even talking to them, and then turning away another two when they can’t answer a skill-testing question about the air-speed velocity of an unladen swallow.

So Are You a Human does something different.

Instead of testing skill, the company lets you play a little game. For example, it might show you a washing machine, a shirt, and a tire and the ask you to do the laundry. Put the shirt in the washing machine and not the tire and it’s a good bet you’re human.

“We make it fun and engaging,” says Tatoris. “In a survey we did, 98 percent of people preferred Are You a Human to a captcha … and in live random testing, people were 40 percent more likely to submit the form.”

Those are big numbers, and they’re important. Because Are You a Human is fighting two massive enemies: Google and free.

Google-owned ReCaptcha owns about 10 percent to 15 percent of the captcha market, and free, open-source solutions are most of the rest. While ReCaptcha is generally regarded as most secure, it’s also the hardest — something I have personal experience with. Freeware tools are big because they’re free, but they vary in terms of both usability and accuracy.

In addition, ad-supported competitors such as Solve Media are also trying to reinvent captchas with a see-this-ad, type-in-the-name-of-the-company model.

But Are You a Human seems to be doing well in spite of all the competition. Launched just last year, the company’s volume is growing fast — 500 percent in just the last two months to 10 million uses on 2,300 sites. That’s 10 times the volume they had when we last talked to the company.

And working on monetization.

The eight-person company has multiple product version: a free version that may include branded games, a subscription-supported version that is ad-free, and a subscription version with customized games for any publisher own brand.

The publisher one is perhaps most interesting — Coke could use it to create a minigame around opening the can and drinking the soda, or GM could create a game focused on parking the car. In other words: on-message targeted games specific to a brand. Potentially, pretty powerful stuff.

Are You a Human started in a University of Michigan startup accelerator, Tech Arb, and it has since raised a large seed round of $750,000 from Detroit Venture Partners. The company will soon be raising a series A round.

But only from humans.