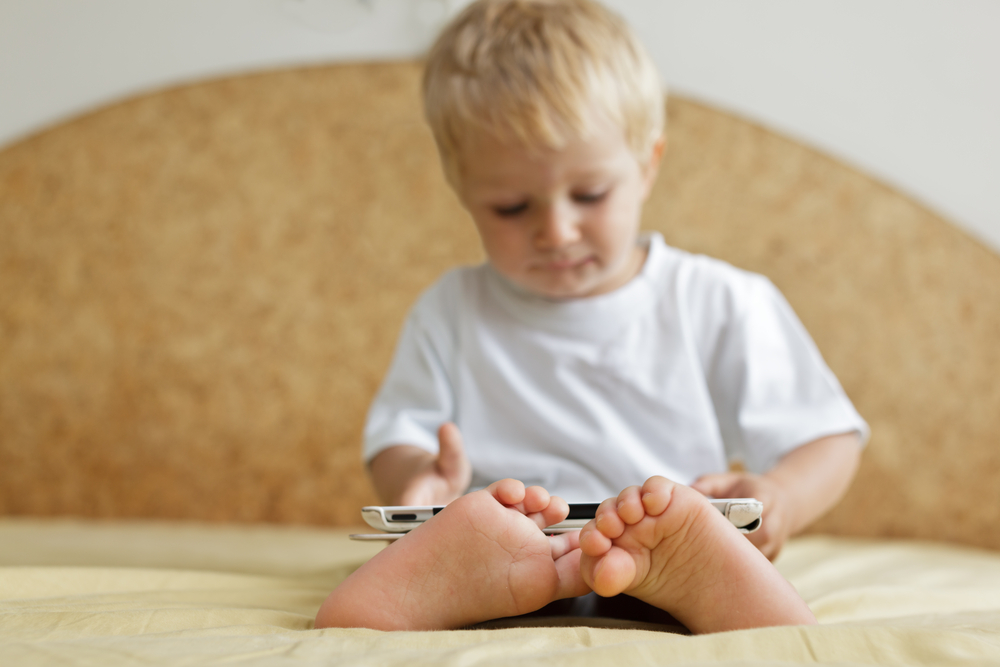 At Launchpad Toys, we build digital toys and tools like Toontastic, an iPad app that let kids create, learn, and share their stories through play. It might seem odd for a startup whose mission is to inspire kids’ creativity to be throwing around these buzzwords. We’re the first to admit it.

When it comes to toys and apps, these words make us all a bit squeamish. Assessment measures are controversial enough in the classroom, so what role do they have in the playroom?

We ourselves have shied away from the topic of assessment, thinking that creativity is too ambiguous a characteristic to measure and quantify. But recently, a seemingly innocent summer pilot study smacked us in the face and inspired us to re-engineer our network from the ground up to support fine-tuned measurement of creativity metrics. From the study:

To start, we paid a couple of visits to seven-year-old Leslie and her parents near San Jose, CA, where we observed play sessions and studied three cartoons she created on Toontastic over the course of a week. We were really excited to see that even over this short timeframe, Leslie showed steady growth in her storytelling: Character Development, Emotional Expression, and Descriptive Language all improved over just three play sessions with Toontastic. It’s a very limited dataset, no doubt, but encouraging nonetheless.

Inspired by Leslie’s progress, we then set out to test a larger sample in a local school, Mrs. Joan Young’s fourth grade classroom in Menlo Park, CA, where students were creating cartoons on Toontastic as part of a unit on social-emotional development. Like Leslie, Mrs. Young’s students created three cartoons over the course of a week – the class of 20 divided into pairs or groups of three.

Following these sessions, we coded Mrs. Young’s videos using the same measures and were quite excited to find similar results: Character Development, Emotional Expression, and Descriptive Language all improved over the three sessions.

4. We were pleased to see the kids explore emotional highs and lows in their stories describing realistic situations about peer relationships.

5. We saw a large increase in descriptive language over the course of the three storytelling sessions, especially between the second and third days. Kids used words like “favorite”, “healthy”, “fabulous”, “intense” much more in their last session than in previous sessions.

6. The number of characters voiced increased by session, making the students’ stories more dynamic and engaging.

The Common Core State Standards for English Language Arts and Literacy list our three metrics – Character Development, Emotional Expression, and Descriptive Language – as critical parts of writing, speaking and listening standards for grades K-5. Though we can’t make broad generalizations from this limited dataset, we’re very encouraged by Leslie and Mrs. Young’s class’ creative growth and are quite eager to examine a much larger set of videos on ToonTube to see what kind of patterns exist across all of our users.

Starting today, we’re integrating big data to inform our product designs and provide constructive feedback to parents and kids about play and how the right kinds of play — even play with tech gadgets and software apps — can build creativity.

Since launching our first app, Toontastic, last year, we’ve talked to hundreds of parents, teachers, and kids around the world and have seen our global storytelling network grow to contain more than two million cartoons created by 600,000 users from more than 150 countries. Between half a million epic pirate tales and more than 1,300 Justin Bieber covers, kids of all ages are blowing our minds with their ingenuity day after day.

But it’s not just the kids that are innovating; teachers are using the app in imaginative ways to help guide students’ knowledge in diverse content areas from language arts to history to math and science.

Why does any of this matter? Well, quite frankly, American is in a bit of a crisis. A creativity crisis, to be specific.

Demand for creative professionals is rapidly rising in direct opposition to a steep decline in creativity scores for the first time in American history. This suggests that today’s kids will be woefully unprepared for tomorrow’s jobs. Up to one third of the school year is lost to standardized testing and preparation, often in lieu of creative exercises that positively correlate to success not only in humanities and social studies, but the STEM (science, technology, engineering, and math) fields as well.

The dramatic drop in creative skills can profoundly impact the economy, which is just one of many reasons why we feel so strongly about encouraging creative play in kids. We even created a video to talk about the creativity crisis and how we can rise above it:

After hearing so many remarkable user anecdotes on creative learning with Toontastic, we decided it was time to take a more scientific approach and collect some data.

In two small observational studies, we found growth in character development, language usage, and emotional expressiveness over just three Toontastic play sessions over the course of a week.

While we’re thrilled with the results, we can’t exactly draw grand conclusions from this limited data set. So, emboldened by the creative growth of a classroom of playful storytellers and armed with an Amazon Cloud server of kid-created cartoons, we took a big gamble and rewrote our stack from the ground up.

We’re embracing large-scale quantitative analysis of millions of data points across our database — not personal or personally identifiable data, but generic story-metrics defined in our pilot study. For example, we looked at the number of recurring characters across scenes, the diversity of emotions, and descriptive language used.

For the first time in the history of education technology, we’ll have the statistical power to see how hundreds of thousands of kids are learning and developing, not based on summative assessment but on the playful stories that they create themselves.

In addition to database analyses, we’ll continue to conduct research on smaller samples in informal learning environments (e.g. our play sessions at the Children’s Creativity Museum in San Francisco), and in the classroom, like the semi-structured play sessions we observed at Trinity School in Menlo Park. This way, we’ll be able to get direct feedback from our users and use qualitative metrics to complement our larger scale efforts and to provide important insights that a “big data” approach could not.

By combining advanced data analytics with traditional social science research methods, we’ll be able to create better learning tools for our users and provide them with constructive feedback to enhance their creative learning experiences. Today marks Day One of our battle against the creativity crisis.

Andy Russell is a co-founder of Launchpad Toys, which just launched the latest version of Toontastic, its free, flagship iPad app.