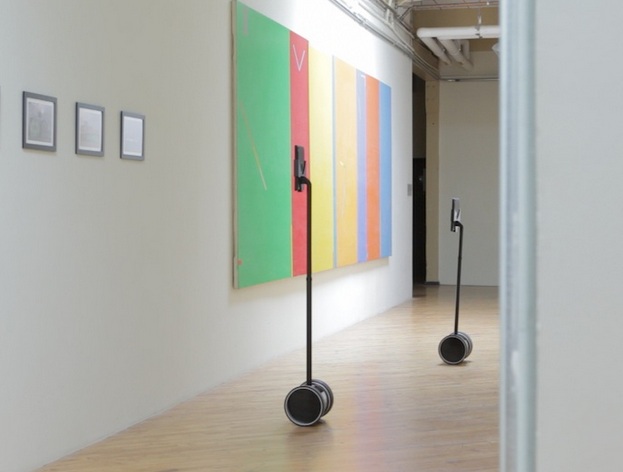 Double Robotics, the Y Combinator grad that’s created probably the best-looking telepresence robots on the planet, announced a $250,000 investment from Grishin Robotics today — and the fact that Double has already sold 600 units of its first model for $1.2 million in pre-sales to 24 universities and 17 Fortune 500 companies.

The robot lets you be present at a meeting, class, museum or other venue without having to be there physically. Your face appears appears on the robot’s iPad screen, and you’re able to move around and see and talk through that screen.

If Grishin Robotics sounds familiar, that’s because it recently launched a $25 million fund for investment in robotics, and was started by Dmitry Grishin, the co-founder and chairman of Mail.ru, the largest Internet company in Russia.

Grishin praised Double, saying in a statement that “the team has a very good approach to design and is keen to build very user-friendly products — things which should not be underestimated while developing next-generation personal robotics companies.”

VentureBeat: You’ve maxxed out the current production run. When will the next one start?

Cann: The first production run will ship in December. We are already taking pre-orders for the next run, which will ship in early 2013, and we’ll continue scaling production as more orders come in. 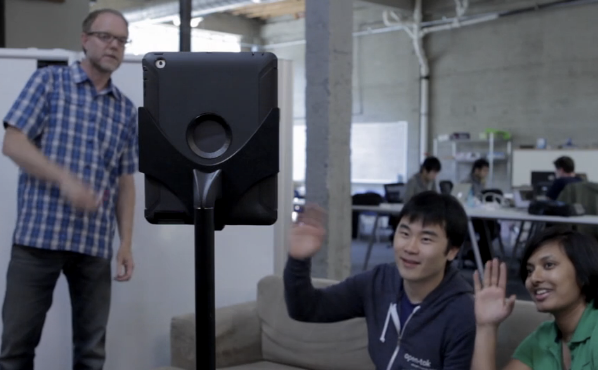 Above: Saying “hi” to Double

VentureBeat: You’re manufacturing in the U.S., correct? Talk to me about why, and how that’s working.

Cann: Yeah, we have almost all of the custom parts made by manufacturers around the US. This is primarily to ramp up production very quickly and have greater reliability and faster shipping. We’re assembling and calibrating the robots in our facility in Silicon Valley for now. After we optimize the manufacturing process, we may contract assembly to a third-party manufacturer.

VentureBeat: Now you’ve validated that there is a market. What do you expect to be able to bring the price down to when you start full-time production? 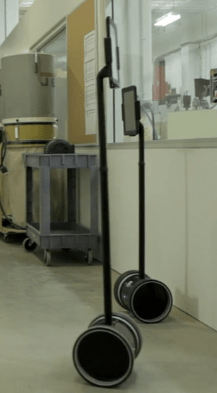 Above: A double-double, with no Tim Hortons in sight

Cann: We strive to continuously lower our costs and lower prices, but we don’t yet know when or how much we can reduce costs, so we can’t announce anything today. [Editor’s note: The robots currently cost $1,999.]

VentureBeat: Who do you see as your toughest competition?

Cann: There are several other telepresence robots, such as Vgo, Texai, iRobot/InTouch, and AnyBots, but they’re all targeting higher priced and/or niche markets. Double is targeted at a very wide audience and is priced as such. There aren’t any competitors who have matched Double’s price, features, and beauty.

VentureBeat: Talk about design … it’s obviously critically important to you. What were some of the factors that influenced your design?

Cann: Our goal with the design process is to make the technology disappear so the user can focus on the conversation. We tried to simplify the visual sections and shapes. This method also applies to the internal mechanical sub-systems. Every major part in the base serves at least two purposes. For us, design is not simply a phase of the product development, it is the responsibility of every engineer working on each part throughout the entire product life cycle.

Cann: Our first priority is to fill the pre-orders from our earliest supporters with a high-quality product. We’re hiring more engineers and software developers over the next few months. We’ll be talking to customers to learn about how they’re using Double and which markets are best served by our product.