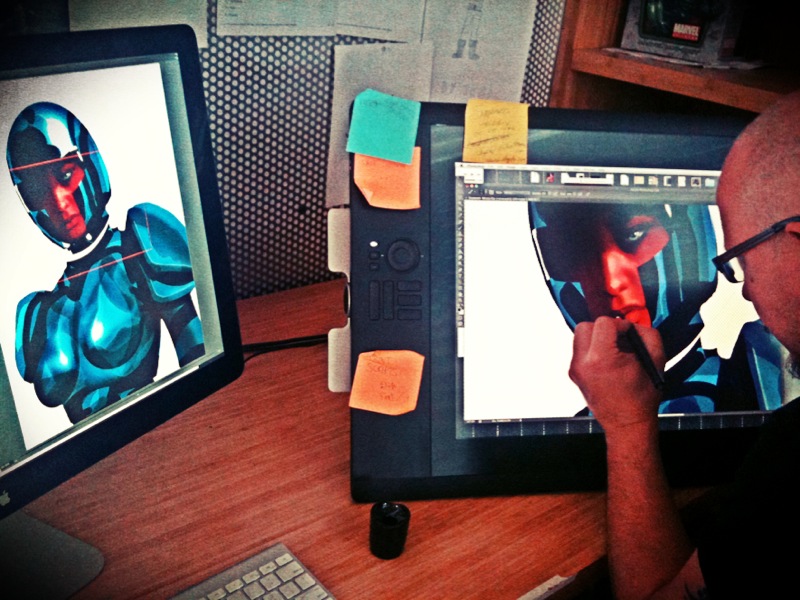 Madefire, a startup focused on bringing digital comic books to a new level of storytelling, released a new iPhone app today, along with some free comics from top-notch creators.

The company, which has a slew of notable investors and advisers, produces a free software platform for comics. It allows comic book creators to tell stories that unfold through layers of art, word balloons, and captions that unfold in sequence. It’s sort of like reading a book that slowly fills a blank page with text as you read each word, but in comic book form.

“You’d be stunned to find how good an experience reading (a Madefire comic) is on a smaller screen,” said Madefire co-founder Ben Wolstenholme in an interview with VentureBeat.

The difference between creating a story for a 10-inch screen and a 3.5-inch or 4-inch screen seems like it would be a challenge, especially with all the additional story elements available (sound, movement, sequential panels). Yet Wolstenholme told me that the Madefire platform allows creators to scale pages to multiple sizes, as well as re-size word balloons, captions, and fonts, to ensure that all the text remains legible. There’s also more focus on letting each panel and sequence fill the screen, which is understandable due to the reduced screen real estate.

Madefire is still offering its original digital comics, including works from Watchmen co-creator Dave Gibbons, for free, while it works on refining the storytelling technology. Eventually, the startup plans on charging for new issues at a price that’s determined by the original creator.

Founded in 2012, Madefire has raised a total of $2 million in funding to date from True Ventures and others. The startup has an all-star lineup of advisers, including Flipboard founder and CEO Mike McCue, former Apple SVP of Applications Sina Tamaddon,  Automattic CEO Toni Schneider, and others.

The new Madefire iPhone app is available for free in Apple’s app store, and aspiring creators can download the storytelling software (also free) via Madefire’s website. For a better look at the new iPhone app, check out the company’s demo video embedded below.