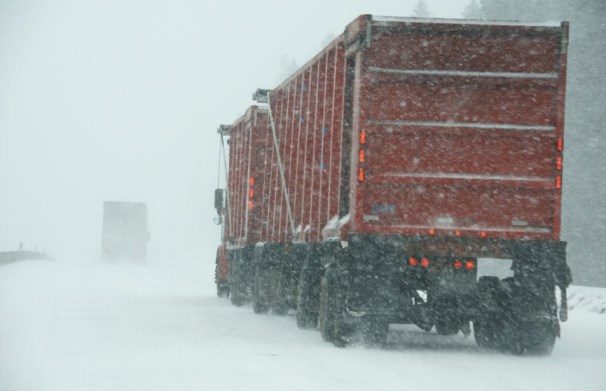 This post is written by Wouter Kneepkens, co-founder of Netherlands-based startup Favour.it.

Europe is neck-deep in one of its largest financial crises ever. In the midst of this nuclear winter of finance, European startups are jealously reading about mega seed and hyper A/B/C funding rounds taking place across the Atlantic. Funding is a well-known and well-documented issue for European startups, even in the good times. According to the Economist it is one of the prime reasons why European startups lag their American counterparts, while The New York Times recently stated it’s why Europe is unlikely to produce the next Facebook. Therefore local founders have been looking at ways to overcome the issue; turning to crowdfunding, accelerators, and New York for solutions. My startup, Favour.it, found a smart way to make funding easier and faster, even in Europe.

The typical way to fund your startup in Europe is to spend four to six months trying to find one or two gentleman of advancing age willing to hand you EUR50K each or more. As European angels are more interested in supporting brick and mortar or revenue producing businesses than in investing in risky Internet plays, this is quite the challenge. US-style angel group rounds are semi-nonexistent, but when Sander Nagtegaal, co-founder at Peecho, explained to us how they had pulled off a combination between crowd and angel funding, we speedily grabbed the opportunity.

Given we had foregone our planned friends & family round and our burn rate had started to increase, we were looking to raise funding quickly. Two of our co-founders were risking missing their mortgage and rent payments in case they’d have no income by August, providing us with just six weeks to close the round from pre-start to finish. Instead of trying to find those one to three angels that would commit EUR50K or more, we decided to split our EUR160k target into 16 commitments of EUR10K per 1% each. This move increased our target audience significantly, bringing it in reach of people our own age, while still keeping the amount of investors involved limited.

We mapped all likely suspects; people from our network that would have the means and appetite to take part in the round. Next we ranked this group on likelihood that they would invest, would add value, and would have the means. Next we prepared and sent out info packs, including an invitation letter, 2-pager, and CV-pack, with budget, pitch deck, and timetable available to answer any further questions.

What followed were over 400 emails back and forth, over 20 conference calls and about seven face-to-face meetings. July and August quickly proved to be a challenging time for raising funds, with one in three emails being followed by an out-of-office reply.

Given our tight timetable, we decided to drop term sheets and go for full contracts (share purchase agreement and shareholder agreement) in one go. We had three of our potential investors comment on our drafts, after which a junior lawyer friend corrected any major oversights. Two weeks to deadline we sent round the final documents to the investors that had positively received our proposal, delivering us a strong set of initial commitments.

Countdown to deadline and moment of truth – week 6

As in any decision-making process, deadlines are everything, and a good set of investors held out until just before the deadline. Here the signed commitments provided us useful leverage and, combined with the closing deadline, that was enough to convince the last members of the group to join too (last commitment was at five minutes to twelve). To be confident we’d not lose momentum (and to make sure everybody in the team would be able to pay the train fares to come to the office the next week), we had ensured payment was due within three days after signing. So, within six weeks of starting the process and a mere 48 hours after signing up our last investor, we had EUR160K in the bank.

Obviously, we were very excited to have pulled off an innovative funding round in such a short amount of time, under favourable terms, in Europe and in the summer. We also received a lot of positive feedback and interest from startups around us on our “all-saints” round. Therefore we feel this could be a feasible way to fund for other startups in Europe, which is why we decided to share our experience. If you’re interested in more information or in receiving our documentation for your own all-saints round, get in touch or drop an email. Some insights from our round:

Some tips based on our round

Advantages of an all-saints round

Wouter Kneepkens is responsible for business & funding as co-founder at Favour.it, which offers a treasure trove where users and their friends to explore, share, and add their favorite things. Prior to Favour.it Wouter founded Share a Bite (acquired by COlunching), Vooxl (acquired by iWhisper), and worked in finance as a banker and investor.