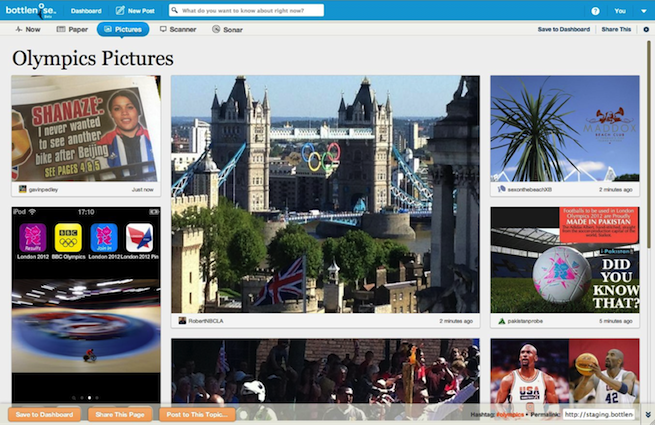 With new investment in the bank, Bottlenose is angling for dominance in the social media monitoring and analytics space.

The company, which helps companies make sense of what’s happening right now on Facebook, Twitter, and Google+, launched its public beta in May. Today, it received just under $1 million in seed funding from ff Venture Capital and Prosper Capital. As part of the investment, John Frankel, a partner at ff Venture capital, has joined the company’s advisory board. 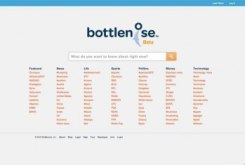 Bottlenose infuses social elements into your search “stream” — a term the company uses to refer to the sea of status updates and news. Search for a term on the website, and Bottlenose will surface what the world thinks, organized by relevance to you. Social search is Google’s greatest weakness — fixated on Google+, it does not do the job of incorporating results from the leading social networks.

Bottlenose has spent the better part of two years building out its technology. During that time, the 10-person startup received three acquisition offers (one from Twitter, we suspect). In December 2011, it launched its first product, a social media dashboard. Since then, the search tool has nearly 100 million topics and 10 million URLs analyzed to date, with more being added continuously.

CEO Nova Spivack told me that the tool proved to be particularly useful for advertisers during the Olympics, who used it to “deliver target messages and gain attention for their brand during the games.”

As we reported, the Olympics — termed the “social Olympics” — enabled social media analytics companies to flex their muscles.

The startup is highly similar to Topsy Labs, which also claims to deliver “instant social insight.” Both companies offer free access to their tool to anyone and are building out a premium service for business users. Bottlenose told me it will release its pro offering as early as Q1 in 2013. New advisor Frankel will assist the company in building out its pro service and attracting the attention of Fortune 500 companies.

Like Topsy, the company’s three dozen customers are primarily agency types, advertisers, professional bloggers, and digital marketers. It’s still early days, so Bottlenose is not yet in a position to disclose any of its customers by name.

According to Spivack, Topsy does not deliver on its promise to bring real-time results. Bottlenose has patented its StreamOS tool, its chief competitive advantage, which uses natural-language processing, analytics and trend detection to surface results in a matter of seconds. Bottlenose is building more advanced analytics into the technology, which Spivack hopes will rival Radian6, the social monitoring tool acquired by SalesForce.

To learn more about how it works, check out the video.