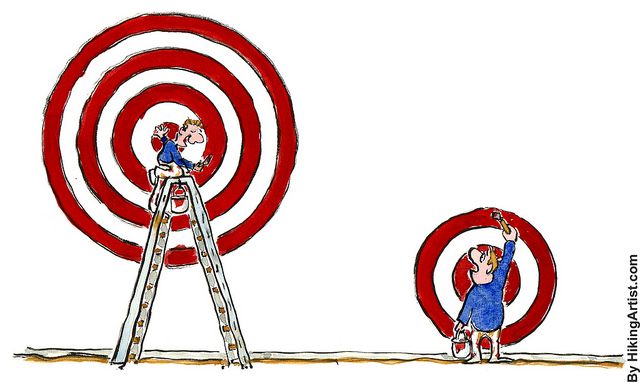 Imagine a prospect in your marketing automation system or an infrequent customer in your corporate database. Now imagine surrounding that person with ads both subtle and overt on dozens of her favorite websites, all around the Internet.

In other words, everywhere she turns, a few or many times a day, your prospect is seeing reasons, rationale, and offers to buy from you. That’s a powerful vision for a marketer.

But not just a vision — today Madison Logic is launching exactly that with two new products. VentureBeat spoke to Madison Logic’s chief executive, Eric Matlick, about the platform.

“As far as we know it is the first lead generation platform of its kind on the market at this time,” Matlick says.

(Note: LiveRamp does something at least somewhat similar.)

Originally, Madison Logic focused on the data management industry. A pivot directed the startup toward building the first ad-serving platform for lead generation. Currently, 400 companies use its lead-gen platform, including publications such as Forbes and PC Magazine and five of the top 20 Fortune 500 companies.

In the course of running lead generation campaigns for hundreds of major companies, however, Matlick had a revelation: Madison Logic was sitting on a huge amount of data. And it was valuable, scarce data.

Behavioral data, unlike demographic, is extremely perishable. While address, ethnicity, and age factors change slowly, if at all, what business prospects are interested in buying changes by the week and month.

Because Madison Logic manages data that helps clients distribute white paper downloads and other buying signals, the company is in a good position to know who is interested in what. Aggregate the data, serve it up in an ad-buying network, and tie it to a marketing automation platform, and the company has a powerful tool for accelerating sales.

With the first new product, companies can simply buy the behavioral intent data to use on their own. The downside is that it’s not easy for all companies to integrate into Eloqua, Marketo, Salesforce.com, or another marketing automation system immediately.

“Marketing automation is sort of like CRM in the ’90s,” says Matlick. “A lot of people are buying it, but the majority are not really using it well.”

So Madison Logic has a second product in which the company will sync your clients and prospects with their opt-in cookie database and retarget them with display ads online, wherever you wish.

“We launched in beta 30 days ago,” Matlick told me. “Almost every customer we have is buying the retargeting product right now.”

The killer use case, according to Matlick, is the prospect who downloads a white paper, perhaps on database management software. Instead of that lead trickling through a traditional lead management system and resulting in a phone call, perhaps weeks later, Madison Logic can immediately surround that customer with display ads. As in, minutes after the download.

It gets even freakier (or better, if you’re a marketer).

“With our influencer campaigns, we’ll soon have the capability of showing display ads to all the other influencers at the same company,” says Matlick who says that all prospects are opt-in.

Thinking about trying to compete with that via traditional marketing.