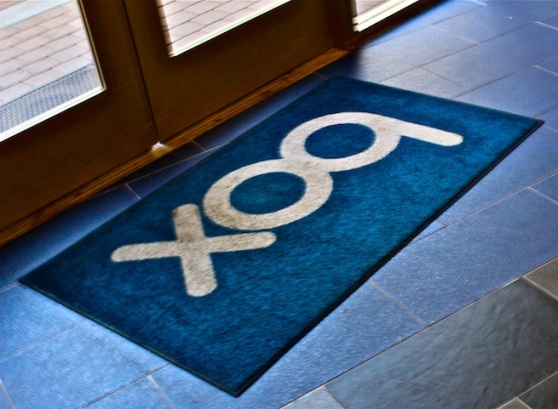 Box’s Aaron Levie, a bundle of nervous energy, kicked off the company’s annual conference this morning with a slew of product announcements.

Levie is the young chief executive of Box, the cloud storage startup based in Silicon Valley that competes with Google Drive and Dropbox. On stage, he revealed that Box will incorporate a host of new collaboration features like internal editing, and it will team up with Netsuite.

“Box continues to deliver a consumer experience for enterprise class requirements.  New features such as edit, easy ways to collaborate with colleagues, and the new user experience are making a big change for the enterprise,” said Ray Wang, principal analyst at Constellation Research. “Users can expect to work with their content the way the cloud was meant to be and rest assured that they have to worry about security issues and safety of information.”

Whitney Tidmarsh Bouck, the company’s enterprise general manager, also hinted at a partnership with SAP to improve data security. They would not say more but told me it would announce additional information in the coming months.

News about the “bigger, better Box experience” was officially announced on the company blog.

Following the hoopla at BoxWorks 2012, I caught up with the company’s vice president of platform, Chris Yeh, to chat about the new services in more detail. If you weren’t able to make it to the San Francisco conference, here’s a summary of what to expect from the new and improved Box:

With these new features, the company wants to push deeper into the heart of the enterprise and increasingly attract Fortune 500 clients. It’s a wise move for Box, given that Dropbox has been critiqued for a series of high-profile recent security breaches.

Read more about the company’s enterprise strategy in an interview with Tidmark Bouck here.