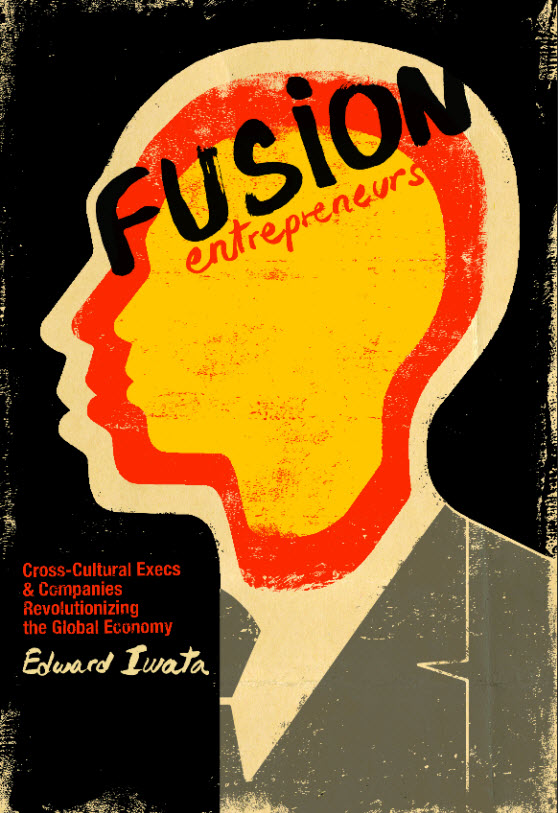 More than a decade ago, I met an executive for lunch at a business club in a wealthy U.S. suburb. As we entered the club, the conversations grew oddly hushed. Heads turned sharply. Diners shot glares at me, as if I were a street person. The brusque maitre d’ looked blankly through me, as if I was invisible, while warmly greeting my lunch partner. My face flushed.

Clearly, dark-skinned folks – even a tax-paying, God-fearing American in a business suit who spoke perfect English – were not welcome there. How would the club members have reacted if I had a “foreign” accent? Women barred from all-male private clubs, or white males targeted by anti-foreigner sentiment while travelling abroad, know the feeling.

Luckily, times have changed in much of the United States, which is still the world’s model for business and cultural diversity. Today, a new global business and workplace diversity is dramatically changing the corporate world here and rippling overseas to modern and emerging countries alike.

Traditionally, the diversity practices of U.S. companies focused mostly on legal compliance and federally-required hiring data – a product of the civil rights era. The result? A more diverse workforce in the United States. But as the pace of globalization quickens, more U.S. and global business leaders – AT&T, Coca-Cola, IBM, Intel, Procter & Gamble, Cisco Systems, Unilever, Renault-Nissan, American Express and others – are raising diversity to a higher level than ever before and broadly redefining the concept.

Rosalind Hudnell, corporate director of diversity for Intel, calls it “the new calculus of diversity” in an interview, while Ernst & Young CEO James Turley and others describe it as a new global mindset.

Not surprisingly, technology and telecommunications giants – AT&T, Cisco, Hewlett-Packard, IBM, Intel and others – are at the vanguard of global diversity efforts. Why? Because much of the world still needs to get wired. And once the whole planet of 7 billion connects to the Internet and mobile devices, there will be 7 billion points of cultural convergence – a mash-up of people, ideas and businesses fusing in unimagined ways.

Not content with toothless mission statements and diversity policies, many companies are embedding diversity strategies into their daily business practices. They’re integrating their workforces and hunting globally for talent like never before. They’re seeking new ways of thinking and working. They’re looking for local knowledge and experience that expatriates don’t have. They’re studying different cultures, religions, languages and dialects. They’re creating hybrid teams from a world talent pool and migrant workforce of many millions.

“Smart people can be found anywhere in the human family,” Ron Glover, IBM vice president of global workforce diversity, said in an interview.

This has nothing to do with political correctness, and everything to do with business survival and the relentless march of commerce, culture and demographics. To truly compete, our workforces must reflect the world.

Beyond feel-good moral arguments for diversity, the most visionary companies know that cross-border diversity goes hand in hand with global economic growth. They know that a multicultural workforce and a cross-cultural mindset create real business value. While many continue to debate the volatile issue, a growing number of recent studies show that diversity clearly pays.

A McKinsey & Company study, for instance, of 180 publicly-traded companies from 2008 to 2010 found that firms with higher levels of foreign and women executives boasted 53% higher return on equity than other companies. “The findings are startlingly consistent,” write McKinsey principal Thomas Barta and consultants Markus Kleiner and Tilo Neumann. “These successful companies are simultaneously pursuing top-team diversity, ambitious global strategies and strong financial performance.”

In tech land, IBM, Cisco and Intel will remain global leaders in their sectors because they get the new calculus of diversity. They have: Truly multicultural workforces of all castes, colors and cultures. Strong global partnerships and alliances. Cross-border business, manufacturing and R&D facilities. Products and services tailored to a Babel of clients and consumers. “Inclusion and diversity are at the heart of globalization,” said Leo Scrivner, vice president of human resources at Cisco Globalization Centre East in Bangalore, India, in an interview.

The enormity of global change is mind-boggling, even for those who closely follow global business news. Many economic and cultural mega-forces are converging more rapidly and on a far greater scale than ever before: The growing migrant workforce of many millions. Record numbers of middle-class, multicultural consumers who are creating a new global mainstream. The fusion of popular and urban culture in hundreds of countries. The rapid rise of powerful multinationals that are challenging U.S. and European corporations.

In the corporate realm, much of the sweeping change comes from a rising breed of cross-cultural executives and entrepreneurs who are global citizens, cultural chameleons and business shape-shifters. Their cross-border leadership styles – a fusion of collaborative management practices and philosophies from West and East – are emerging as a model for the business world.

Among others, they include: Ralph de la Vega, AT&T Mobility CEO and a Cuban-American immigrant from Miami. He has made AT&T one of the strongest players in the multibillion-dollar U.S. and global market for Hispanics, among the most avid technology consumers in the world. David Neeleman, founder of JetBlue and fast-growing Azul airline in Brazil. A devout Mormon from Utah and a Portuguese speaker, Neeleman quickly gained the trust of Brazilian consumers and travelers, who helped Azul become the No. 3 airline in Brazil in only three years.

Carlos Ghosn, the multilingual CEO of Renault-Nissan with roots in Europe, Japan, Latin America, and the Middle East. Ghosn turned around the troubled Renault and Nissan 10 years ago, built an industry-famous alliance between the two, and is positioning the auto companies to thrive.

Claudia Fan Munce, head of IBM’s Venture Capital Group, is a native of Taiwan and Brazil and one of the most successful women in technology. Much of IBM’s success with 1,500 global startups and venture-backed partners comes from Fan Munce’s chameleon-like skill at blending into other societies by respecting their cultural values,  knowing their social customs and understanding their business practices.

In today’s fast-changing, borderless world, it’s easy to think that we’re not culturally biased. We jet around the globe for business and vacations. We hang with diverse friends and colleagues. We have a half-black U.S. President, a Latina Supreme Court justice, openly gay celebrities and broadcasters. Narrow-minded and xenophobic? Not us.

The truth is we know very little about the new wave of diverse business people and companies in the 21st-century economy. We’ve barely skimmed the surface.

The new era cries out for a more diverse global state of mind that transcends business borders and cultural biases. Companies may survive poor financial performance. But they’re less likely to survive long-term if they fail to know the world’s myriad cultures and people — whether a 15-hour flight away or a short walk down the hall. Whether we like or dislike the changes, the future is here. Our economic fate rests on understanding those who are different.

Edward Iwata is an award-winning journalist based in Silicon Valley, a former USA Today business writer and author of Fusion Entrepreneurs: Cross-Cultural Execs and Companies Revolutionizing the Global Economy. He blogs at CoolGlobalBizcom. Cover art by Edel Rodriguez.