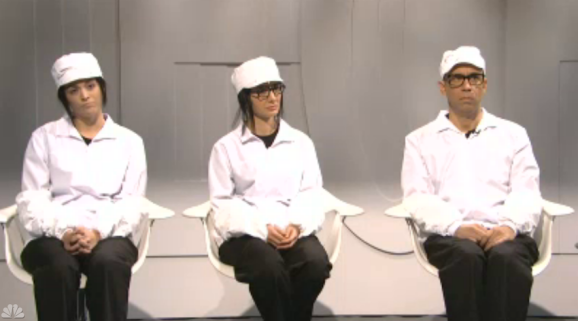 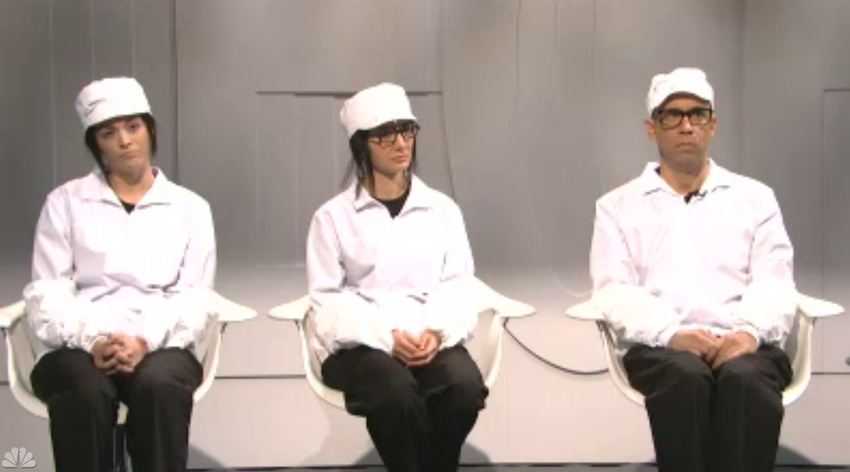 Saturday Night Live took a shot at Silicon Valley yesterday when it set up a sketch involving “reporters” from Cnet, Wired, and Gizmodo, all complaining about features on the iPhone 5.

The sketch takes place on a tech television, and “traps” the reporters who are complaining about the iPhone 5 into airing their grievances in front of three “Chinese factory workers,” likely meant to be Foxconn workers. The complaints weren’t made up, though. Before the factory workers came out, the reporters complained about real issues the tech community (including VentureBeat) has been blabbering about since launch of the iPhone.

These problems include a purple ring in photos taken on the iPhone, its scratch-prone aluminum back, the failed maps app, and the height and thinness of the phone (though, I don’t actually think many people are complaining about that last one).

Of course, the factory workers shoot back real problems like standing in a line for 21 days to get baby food (as compared with standing in line for the iPhone), and the fact that they sleep in dormitories where they work.

Basically, SNL is trying to put us all in our places, and does a pretty funny job of it. Check out the video and let us know whether you think the tech industry is placing too much emphasis on trivial problems.