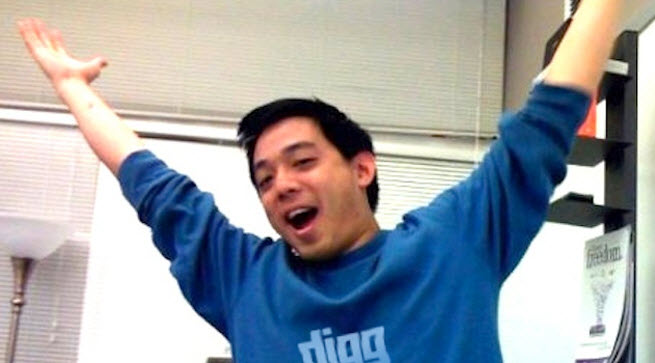 Reddit has been shaken up by Gawker’s expose of Texas programmer, Michael Brutsch, also known as a mean-spirited troll Violentacrez on the sprawling internet community site.

Brutsch was outed by Gawker writer Adrian Chen. He was a powerful member of the Reddit community who had a knack for creating popular discussions. But he also posted a lot of pictures of under-age girls in provocative poses in a sub-Reddit called Jailbait. He also engaged in a lot of race baiting and Gawker dubbed him Reddit’s “most powerful creep.” That put Reddit in a tough spot. It didn’t condone the outing of a member who posted under the protection of anonymity, but it also couldn’t deny that Violentacrez actions were reprehensible and looked quite unsavory given Violentacrez close relationships with Reddit community managers.

Yishan Wong (pictured), chief executive of Reddit, reportedly wrote an internal memo that Chen got a hold of and published. He allegedly wrote, “We stand for free speech. This means we are not going to ban distasteful subreddits. We will not ban legal content even if we find it odious or if we personally condemn it. Not because that’s the law in the United States – because as many people have pointed out, privately-owned forums are under no obligation to uphold it – but because we believe in that ideal independently, and that’s what we want to promote on our platform. We are clarifying that now because in the past it wasn’t clear, and (to be honest) in the past we were not completely independent and there were other pressures acting on reddit. Now it’s just reddit, and we serve the community, we serve the ideals of free speech, and we hope to ultimately be a universal platform for human discourse (cat pictures are a form of discourse).”

Wong also said it  was wrong for Reddit community moderators to respond to the story by banning Gawker links, which was another form of censorship. Reddit did not want to condone “doxxing” of one of its members, or exposing the person’s identity.

“Let’s be honest,” Wong said. “This ban on links from the Gawker network is not making Reddit look so good.”

He also noted that the ban was ineffective and it would only serve to add more fuel to the controversy.