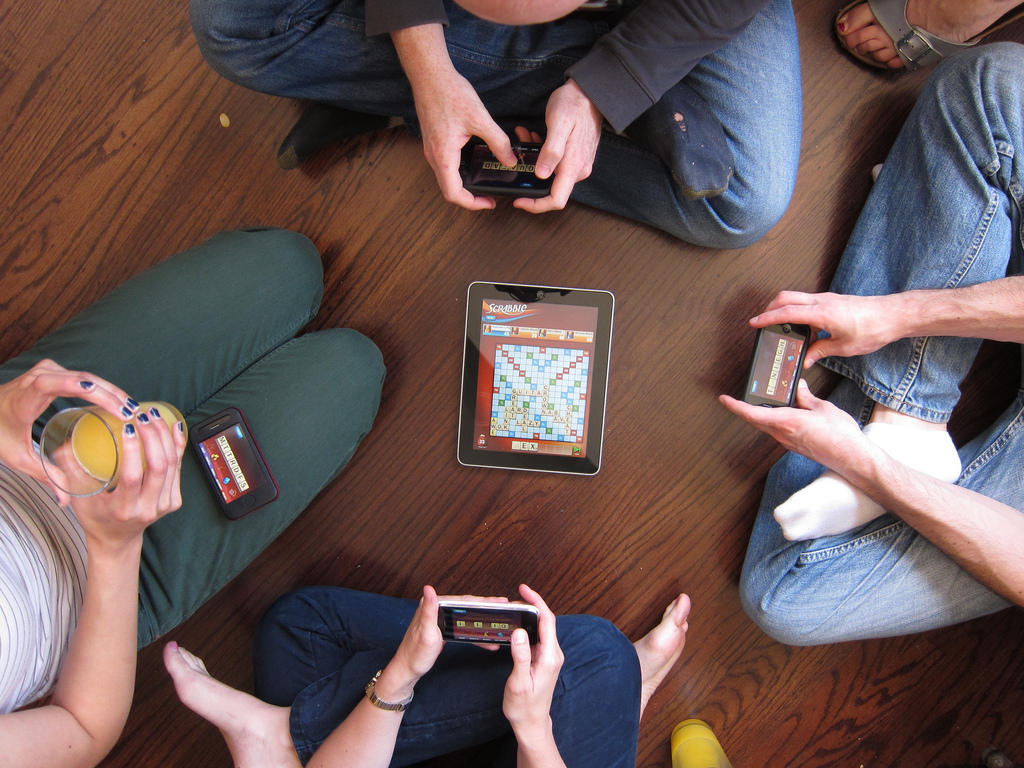 Android smartphones have already taken the sales crown with 75 percent share and 57 million shipped by Samsung alone last quarter. It seems that the tablet market will soon follow suit.

Sales of Android-powered tablets have grown faster than iPad sales in six out of the last eight quarters. That fact, along with other trends in the tablet marketplace, mean that Android-based tablets will out-sell iPads in either the second or the third quarter of 2013, according to analyst Sameer Singh.

iPad market share dipped precipitously to just 50.4 percent in the third quarter of this year, but that was an aberration, says Singh, based on rumors and anticipation surrounding Apple’s new midsized tablet as well as shipping slowdowns due to the impending product refresh.

However, while the fourth quarter numbers should be much better for Apple with the new iPad mini and the unexpectedly refreshed fourth-generation iPad, the long-term trend is clear: iPad will not always be the market leader. 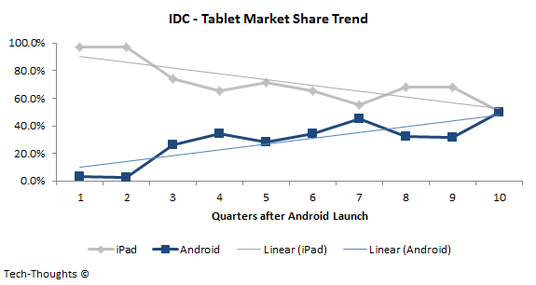 Android’s last dance with majority share was last Christmas season, when Amazon flooded the market with its inexpensive Kindle Fires, causing Android tabs to come within a few million of Apple’s sales numbers. However, we are currently seeing much broader-based growth, according to Singh: more tabs from more vendors at a greater variety of price points, all of which combines to offer more sustainable sales growth.

On the positive side for both Apple and Google, the total volume of sales should continue to rise, meaning both Android and iOS sales will grow.