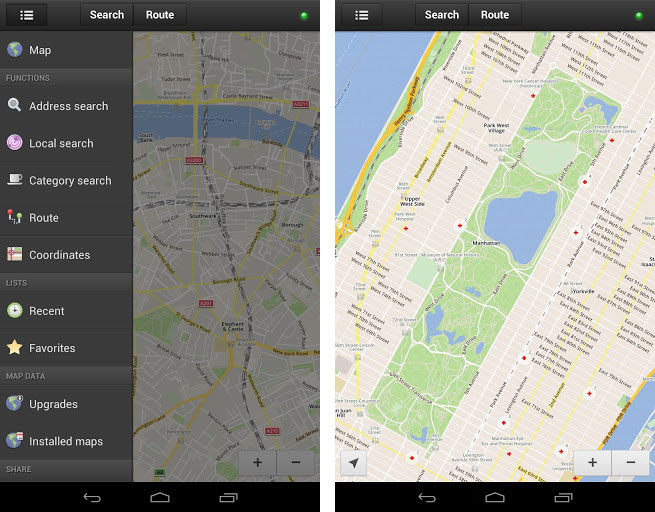 Navigation technology startup Skobbler rolled out a new maps service today called ForeverMap 2 that aims to give Google Maps a run for its money.

ForeverMap 2 uses something called OpenStreetMap, which is an open-source GPS navigation data project that’s also used by Apple in its iOS maps. The new app is available on Android, and allows users to view maps on or offline. Its online maps are freely available, but viewing offline maps (either by city or country) requires an in-app purchase. The maps also provide users with better routes based on their mode of transportation, and allows them to bookmark locations or access Wikipedia-based descriptions for popular spots.

“We believe that our great experience with OpenStreetMap puts us in a unique position to offer modern smartphone and tablet users a powerful alternative to rival map services,” Skobbler co-founder of skobbler Marcus Thielking said in a statement.

The new Forevermap 2 Android app is available today in the Google Play store for $0.99, while additional city and state maps are available for $0.99 and $1.99, respectively. Skobbler said a version of the app should be available for the iPhone 5 in the near future, which will be nice for people who still haven’t found a decent replacement for Apple’s native Maps app.