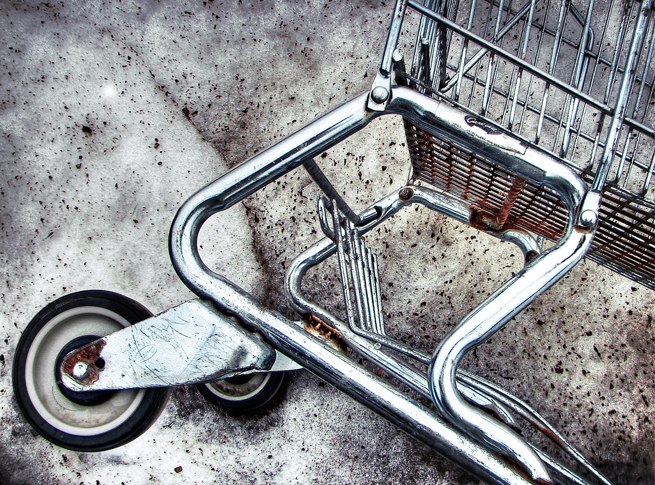 Facebook was either an amazing driver of purchases and traffic over the holiday shopping weekend or a complete non-factor. So which is it?

The truth is likely somewhere in the middle, despite data sets that point us toward completely opposite ends of the spectrum.

On one end, we have analysis from third-party, holiday-weekend trackers such as IBM and Adobe, each of which looked at data sets from their clients. The lazy headline from their findings would be this: Facebook, and Twitter in particular, had little to no impact on direct traffic or online sales.

But Facebook’s own findings indicate it drove a substantial amount of referral traffic to retailers’ websites yesterday.

And then there’s Fab, a Facebook partner with the brightest outlook of all. The startup claims that a massive chunk, or about one-fourth, of its holiday weekend sales can be traced back to social sites.

So who should we believe? Everyone. I’ll tell you why, but first let’s go over the data sets.

In IBM’s Digital Analytics Benchmark report, the company shared a few findings about the correlation, or lack there of, between social networks and Cyber Monday online sales:

Above: Social sales and referrals

Adobe’s Digital Index came up with some similarly bleak-looking numbers around social and shopping on Cyber Monday. Keep in mind that the Adobe analytics team pegged online sales at $1.98 billion for the day, which is up 17 percent year-over-year.

I requested the raw numbers associated with these leaps in referral traffic, but the company said it was unable to provide the data because it belongs to the advertisers.

E-commerce site Fab was also more than happy to provide evidence that Facebook helped it bring in record-breaking sales on over the shopping weekend, even though said data was lacking actual revenue figures. Boo. Here’s what the startup shared:

How doe you reconcile these disparate data sets? Honestly, you don’t, except to conclude that the story of how Facebook, Twitter, or Pinterest contributed to Cyber Monday is complex.

“You can do anything with numbers,” Altimeter Group digital advertising and media analyst Rebecca Lieb told me. She believes that Fab’s data is likely the most telling of what actually happened on Cyber Monday, though she cautioned me and everyone else to wait until all the ballots have been counted, so to speak. “All the data aren’t in yet.”

Also consider that the data sets are looking at multiple types of behaviors. IBM and Adobe go for the direct approach, attempting to tie sales and traffic to click-throughs. Facebook, meanwhile, skips the conversion and return-on-investment metrics to show its ability to exponentially increase a retailer’s visibility.

“In all probability, Facebook did contribute to sales. I’m very sure they generated an enormous amount of traffic to retailers,” Lieb concluded.

Fab chose to look at the holiday weekend sales from people who, at any previous juncture, joined the service through Facebook, which means they sliced and diced revenue figures in terms of who was buying and not where people came from at the exact time of sale.

Even Adobe admits that its numbers don’t capture the complete story of what happened on social networks to drive or influence sales and traffic.

“Our data is based on last click, but we also know that social plays a much bigger role at the beginning of a conversation,” Tamara Gaffney, senior marketing manager at Adobe, told me.

“We really took a look at year-over-year growth in general, and we saw that the 2 percent of traffic was up 100 percent over last year. So, even though these are small numbers, they did grow dramatically since last year. We have another report that we’ve done that shows that one of the first places that people go when they turn on their computer is to their social network. Then, they do a few other things. Then, they do their shopping.”

Gaffney said the disparity has to do with the companies measuring different customers and that Adobe’s data pool was more representative than IBM’s. Adobe looked at more than 800 million visits on Monday and considered more than 50 percent of the Internet Retailer 500 list.

Oh, and by the way, I did ask Gaffney why Adobe lumped Facebook and Twitter into the same bucket, together representing 77 percent of all social referrals. It turns out that Twitter referrals were statistically insignificant and Facebook made up the bulk of that 77 percent. That means IBM and Adobe did agree on at least one thing: Twitter was irrelevant in generating click-throughs.

Still, the one absolute truth here is that the real story of social’s influence on holiday sales is unfinished business.

“We’re digging in to see if we can tell a broader story about social by looking at how many ‘likes,’ how many clicks, how many shares there are on Facebook during the holiday-Cyber Monday time period. This is another way that really shows the impact of social much earlier in the conversation,” Gaffney said.

Or as Lieb put it, “The way you model attribution is everything.”