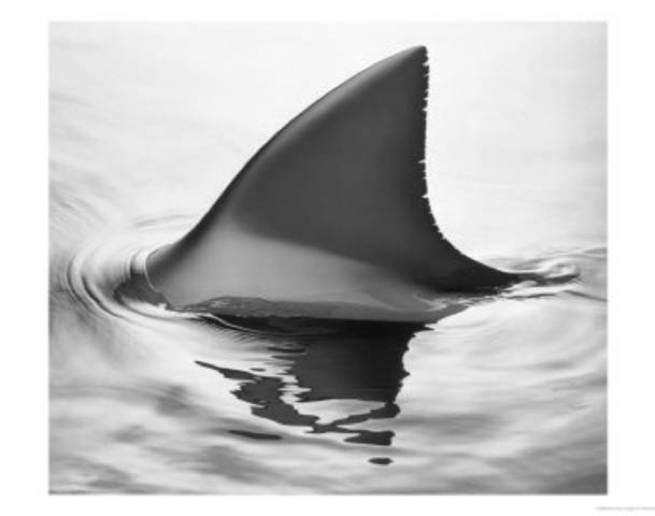 Los Angeles’s rise as an incubator for media-driven technology startups is well-documented, but it’s also becoming a hotbed for innovation in an unexpected vertical: financial services.

VentureBeat spoke with the chief executives of four rising fintech startups in L.A. to learn more about the multifaceted nature of the financial technology industry. Each of the companies we profiled offers a distinct service, catering to different markets and illustrating the scope of fintech’s disruptive potential. 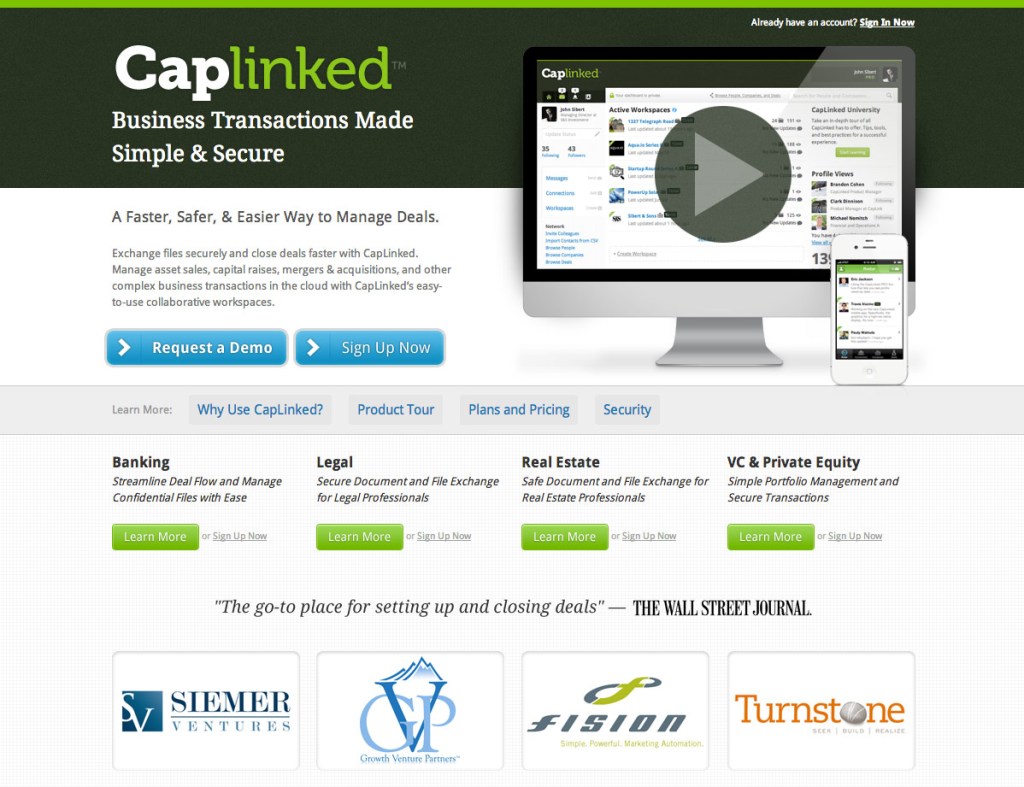 Launched in February 2011 by Eric Jackson and Christopher Grey, CapLinked simplifies complex business transactions, like mergers and acquisitions, by providing clients with a collaborative workspace platform that is intuitive, cloud-hosted, and affordable.

Jackson, CapLinked’s chief executive, estimates that these types of transactions have $5 billion to $6 billion of untapped revenue potential among middle-market and upper-market firms, who can’t afford the high-fixed costs associated with enterprise collaboration leaders (firms that offer document-sharing and transaction-management services) like Intralinks and Merrill DataSite.

Currently, Jackson sees real estate investment “going through the roof” and is excited about client prospects in that sector. He also said there is a lot of pent-up demand for merger-and-acquisition activity. 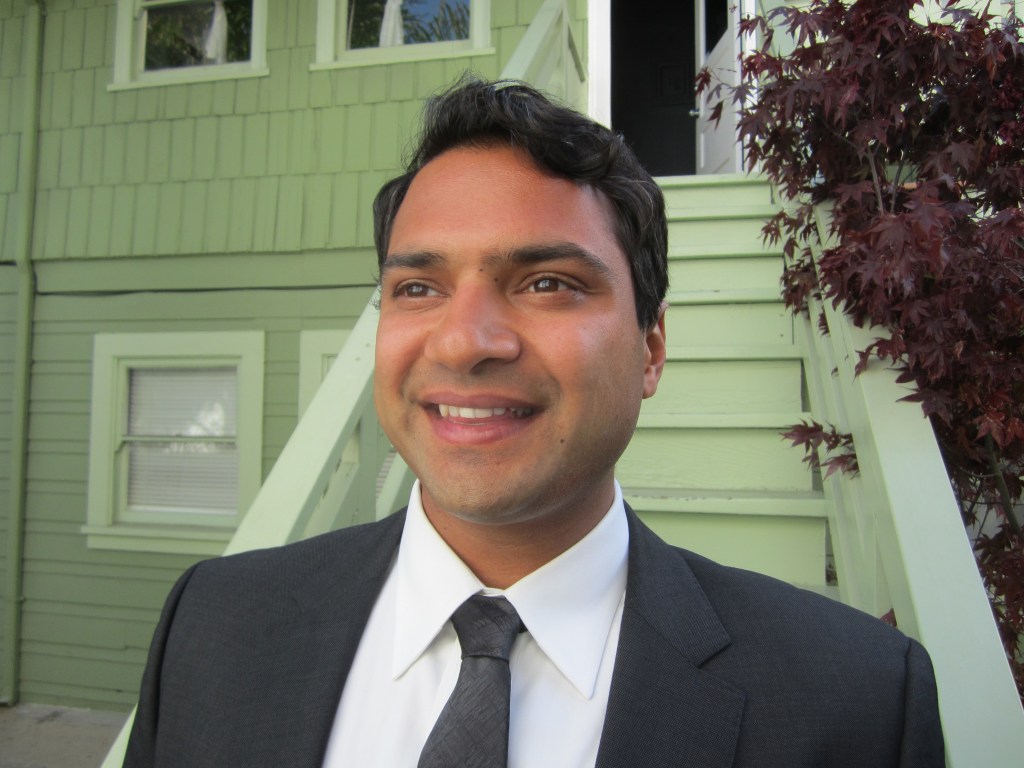 Stockr wants to become the nexus for investors, traders, and public companies to share financial information online. In short, it’s a social network for people interested in the stock market. Founded by Vinny Jindal, Tim Symington, Brendon Crawford, and Bryce Knight, the financial-social network launched in September into an open beta, said Jindal.

By incorporating a Facebook-inspired social infrastructure into his investor network, Stockr can help members discover other companies and users who might match their interests, said Jindal. Additionally, he believes he can generate sufficient revenue through targeted advertising campaigns that serve members ads “based on who they are as investors, not consumers.”

Jindal, Stockr’s chief executive, aspires to dethrone Bloomberg’s Terminal and Yahoo Finance to become the primary source for financial information online. He is critical of both platforms, arguing that Terminal’s high cost ($1,500 per month per user) disenfranchises the average investor, and that Yahoo’s reliance on sponsored content compromises the accuracy of the information exchanged.

Jindal has launched a startup in a growing field, facing competition from financial-social network startups like SumZero (cofounded by the Winkelvoss twins, who famously battled Mark Zuckerberg over the ownership of Facebook), StockTwits, and Kapitall. But Jindal believes that Stockr will prevail over the competition because his network “can leverage existing Internet revenue models, like subscription platforms, so members can access the expertise of premium Stockr users.”  In other words, at some point premium Stockr members will be able to set their own subscription fees for other users to access their content.

Independent web publishers have a cash-flow problem, maintains FastPay Chief Executive Jed Simon. It can take the big brands and media agencies up to six months to pay their publishers (the websites who host the advertisements these brands and agencies buy), he said. For smaller publishers, this payment delay is a problem because they often have to pay the creative teams tasked with programming and delivering the ads much sooner than that (30 days in some cases).

With the recent advent of FastPay, a loan company catering to the digital ecosystem, smaller digital players can function more effectively with improved liquidity. Launched in 2010, FastPay grants credit lines (ranging from $100 thousand to $10 million) to lower- and-middle market digital publishers, which accelerate payments and allow firms to do more business.

Simon said the average FastPay loan is $500,000 and that in some cases, his company is fulfilling the role played by venture capital firms. Two of these cases include Giant Media and Moguldom Media. Both chose FastPay over traditional venture funding because, unlike venture capital firms, FastPay demands no equity stake in the companies they bankroll, said Simon.

Simon said his company charges an annualized fee ranging from 12 percent to 24 percent, which seems high, but is mitigated by the fact that his credit lines are supported by his clients’ account receivables.  In other words, the high interest rates are offset by the certainty that brands will pay his clients within a reasonable timeframe.

Simon also said he doesn’t like to do deals under $1 million or $2 million and that for every deal he does, he turns two down. FastPay has provided roughly 100 digital media clients with $100 million in financing and employs twenty people full-time, he said. 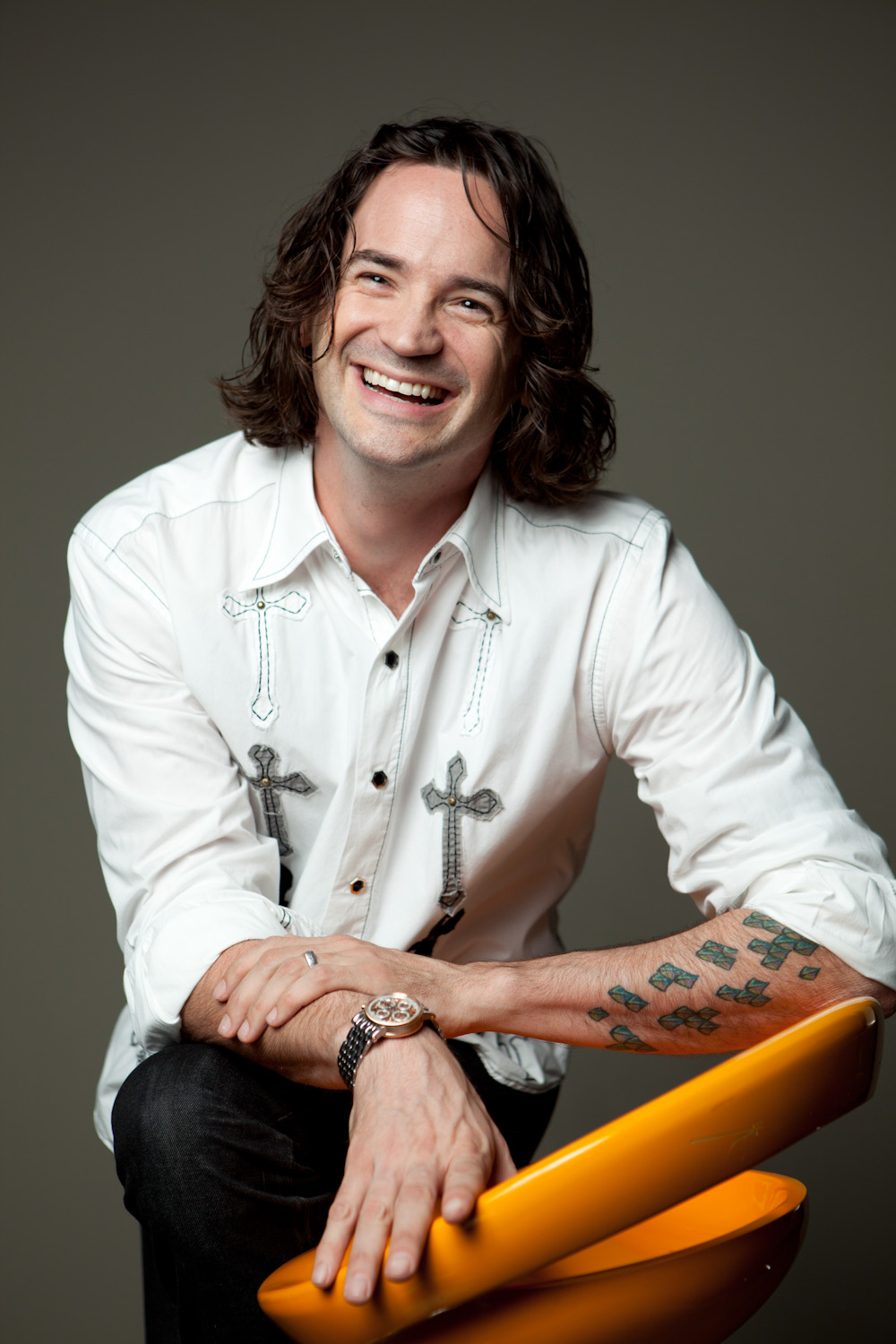 ZestFinance chief executive Douglas Merrill isn’t like most financial CEOs: He has a Ph.D in artificial intelligence from Princeton. (He’s also got Tetris blocks tattooed on his forearm.) Fortunately for people who don’t have access to credit — known in the industry as the “underbanked” — Merrill decided to use the expertise he gained as a graduate student to help guide them out of financial hardship.

Merrill’s company uses A.I.-based technology to grant microloans, averaging $450 per transaction, to people who lack access to traditional credit, he said. His typical client profile is a 35-year-old single mother who makes between $30,000 to $40,000 a year, said Merrill.

Merrill told VentureBeat that there are 60 million Americans who have bank accounts but are ineligible for traditional credit (the FDIC says 52 million adults are underbanked). He believes that financial institutions have designated his target market as “credit risks because they’re missing data.”

A ZestFinance loan application requires clients to answer 100 questions, and these responses produce 2,500 variables (most banks rely on six to 15 variables) that run through 10 different machine-learning algorithms. Then, it combines the 10 models into one superalgorithm, which determines a prospect’s creditworthiness. Within 30 minutes of starting their application, ZestFinance clients know if they have been approved.

“It’s like talking to your 10 smartest friends and using their group opinion to make a decision,” said Merrill.

Merrill’s primary competitors are payday loan services, which charged 30 million Americans $8 billion in fees last year, he said. Merrill said ZestFinance can cut those payday-loan customers’ fees in half.  VentureBeat asked Merrill what he charges his customers and he said his rates vary on a case-by-case basis.