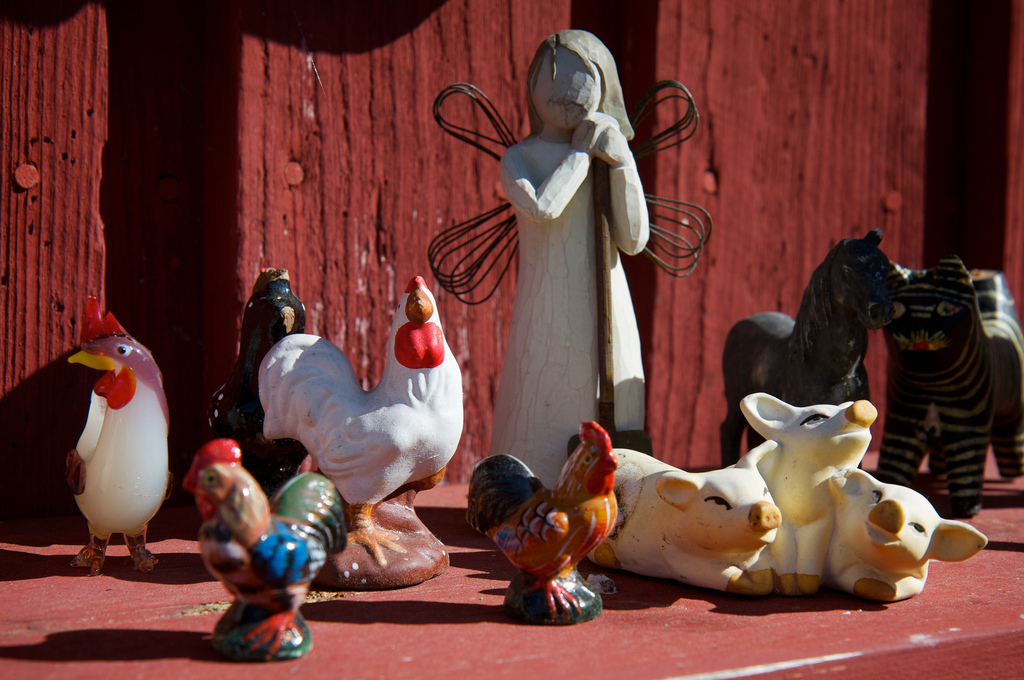 CloudBeat 2012 wrapped up this evening after two days of intense and inspiring discussion. It seems cloud technology has a positive impact on businesses, as well as farming. During the conference, Kabbage grew, entrepreneurs discussed milking cows, and experts say platform-as-a-service will spread like weeds in the future. In many ways, the tech community is like a farm. Enterprise companies are large livestock, social media startups fill the chicken coops with their clucks and tweets, and then there are the investors sprinkling their seeds to help things grow.

Accounting software company Xero zeros in on QuickBooks with $67M

Online accounting software company Xero just announced raising $67 million. Xero takes a “design-centric” approach to online accounting, offering a suite of tools to help customers manage their finances. The cloud-based technology is connected to bank accounts, so all data is automatically updated and visible. Xero is a public company founded in New Zealand.

With this hefty investment, it will attempt to infiltrate the US market, a space dominated by QuickBooks. This investment was led by Valar Ventures, which is backed by Peter Thiel, and Matrix Capital Management. Thiel participated in Xero’s round of $16.6 earlier this year. Of the $67 millio, $49 came in the form of capital, and $18 million came from purchased shares. Read more on VentureBeat.

With $30M in funding, Acquia edges closer to an IPO

Acquia, the company that dresses up Drupal for enterprise customers, has closed a $30 million round of funding. Acquia helps its large enterprise customers get up and running with Drupal, the popular open source content management (CMS) system. CEO Tom Erickson said this would be the final round of funding before the company files for its initial public offering. Investor Growth Capital led the funding round, which also includes Goldman Sachs and Accolade Partners, as well as existing investors, North Bridge Venture Partners, Sigma Partners, and Tenaya Capital. The company has raised a total of $68.5 million in funding. Read more on VentureBeat.

TranscribeMe calls upon international workforce of scribes and software [exclusive]

TranscribeMe applies speech-recognition algorithms and a crowd-sourced platform to quickly provide accurate transcripts. The software coverts speech from media content into text, at which point it is sent to a community of transcribers. The team recruits members of its workforce from around the world. This angel round of $900,000 will go towards growing this workforce, as well as the internal team. The funding came from Tech Coast Angels, Sierra Angels, Keiretsu, Maverick Angels, TEC Ventures, and ICE Angels. Read more on VentureBeat.

Wikia is raising $11 million to support its massive network of pop-culture wikis. Wikia is an online community where people can collaboratively publish video game, entertainment, and lifestyle content and form communities around shared interests. The platform powers over 200,000 wikis with millions of pages of content. The Wikia Video Games hub is the largest network of gaming sites in the world. Although founded by the creators of Wikipedia, Wikia is a separate, for-profit business.

The investors on the fielding are Jeffrey Blackburn of Amazon, which led Wikia’s Series B of $10 million in 2006. Also listed are previous investors Bessemer Venture Partners and Institutional Venture Partners. Angel investors in Wikia include major Silicon Valley names like Marc Andreessen, Ron Conway, Reed Hastings, and Mitch Kapor. This brings Wikia’s funding to $25 million. Read more on VentureBeat.

ClickFuel fills its tank with $4M in financial gas

ClickFuel is a provider of marketing analytic tools for small and medium sized businesses. The platform powers more than 200,000 analytics dashboards that marketers can use to monitor their campaigns and track the results. For this technology, ClickFuel has raised $4 million in its second round of funding led by Baird Venture Partners. It will be put towards developing data and business intelligence applications.

When kids need money, they ask their parents. When entrepreneurs need money, they ask investors. Red Tricycle brings these two realms together by publishing curated, local content about kid-friendly activities. The company gives parents inspiration on where to go, way to do, what to eat and buy etc…Revenue comes from national and local advertisers. Red Tricycle currently operates in New York, Los Angeles, San Francisco, Seattle, Portland, and San Diego and this investment will go towards national expansion. Maveron Venture Parnters led this round, with participation from 500 Startups, Richmond Park Partners and zulily, as well as angel investors Paul Buchheit, Bob Pittman, Jon Nordmark and Jason Calcanis.

It can be hard to maintain an exercise regimen, particularly during the holiday season. Wello has raised $1 million to keep people on track, whether they are traveling or simply working off the egg nog and cookies. Wello gives users access to quality workouts anytime, anywhere by connecting them with verified fitness professionals via live two-way video. This seed round included support from Kleiner Perkins Caufield & Byers, Mohr Davidow, Aberdare Ventures, and Mayo Ventures as well as Morado Ventures, S-Cubed Capital, PhilQuo Ventures and other prominent angel investors. Read more on VentureBeat.

Austin company Macheen received a strategic investment from Qualcomm Incorporated to improve its spelling. That is, to support its platform that keeps devices (and applications) connected to the cloud. It offers a white label solution that manufacturers and retailers can use to “include internet” on any product. Customers include Dell and Lenovo, and its services are live in 11 countries. Macheen’s existing investors include North Bridge Venture Capital, Mercury Fund (a partner in the DFJ Global Network of venture funds. The terms of this deal were not disclosed. Read the press release.

Seeds surpassed its fundraising goal on Fundable, racking up $24,727 for its mobile micro lending game. The  New York-based startup is like FarmVille (the Zynga social game) meets Kiva (the crowdsourced microlending nonprofit). The company has created an iOS game where you can create a virtual civilization while simultaneously lending money to boost real entrepreneurs. Seeds has been approved by the App Store and successful distributed a microloan in Kenya. This money will go towards building an enhanced version of the game for iPone, an Android version, and a Seeds API. Read more on VentureBeat.

Why eat eclairs when you can route email? Mailjet emerges out of Paris’ ‘Silicon Sentier’

European startup Mailjet pulled in $3.3 million in funding for its email management platform. Mailjet sends, tracks, and delivers marketing and transactional emails from the cloud. The technology circumvents traditional servers so businesses don’t have to handle the routing, Mailjet does it for them. The solution is similar to those offered by Mailchimp, Emailvision, ExactTarget, and Sendgrid, but Mailjet said there is enough room for everyone. Mailjet has over 10,000 active clients, including MIT, TheFancy, and Overblog. Alven Capital was the main contributor to this round, which is significant for a European company. Mailjet is based in Paris and operates out of “Silicon Sentier.”