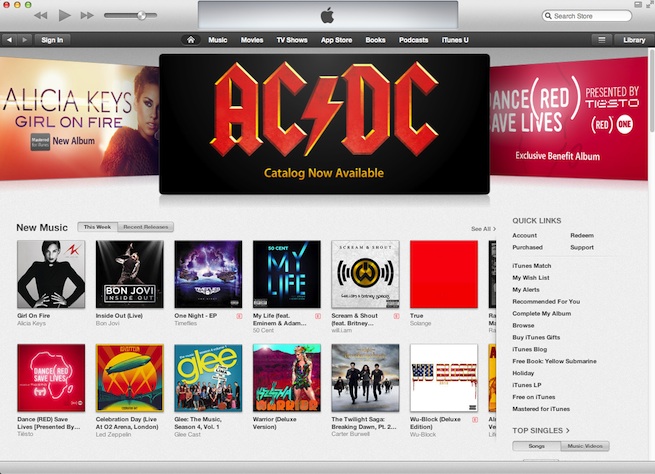 After a month of waiting, Apple has finally released iTunes 11, which includes a handful of new features and user interface enhancements.

Apple first showed off iTunes 11 at its media event back in February and was expected to roll out the new version in October, as VentureBeat previously reported.

The new app contains a refreshed iTunes store design that takes cues from the iOS app store. Elements of the store also extend deeper into the UI. For instance, albums not only gain a new look and feel but also contain a new “In the store” feature that shows you top songs and related albums.

The media player also has some new controls that make editing playlists easier and that recommend the right music/video to suit your mood.

As for navigation, the new iTunes ditches the sidebars and top sorting column in favor of a simple row of buttons along the top. Switching between types of media (music, movies, podcasts, apps, etc.) is done using an option in the upper left corner. You access the store by clicking a button on the opposite side of the screen.

So, if you enjoy bloated apps that look like they belong in the late ’90s, you will probably really hate the new iTunes. My guess is the majority of people will initially hate it but will eventually come to find it more useful.

Apple should be prompting you to upgrade your version over the next day or so. If you’re impatient (like myself), you can always download the update directly from Apple’s website.