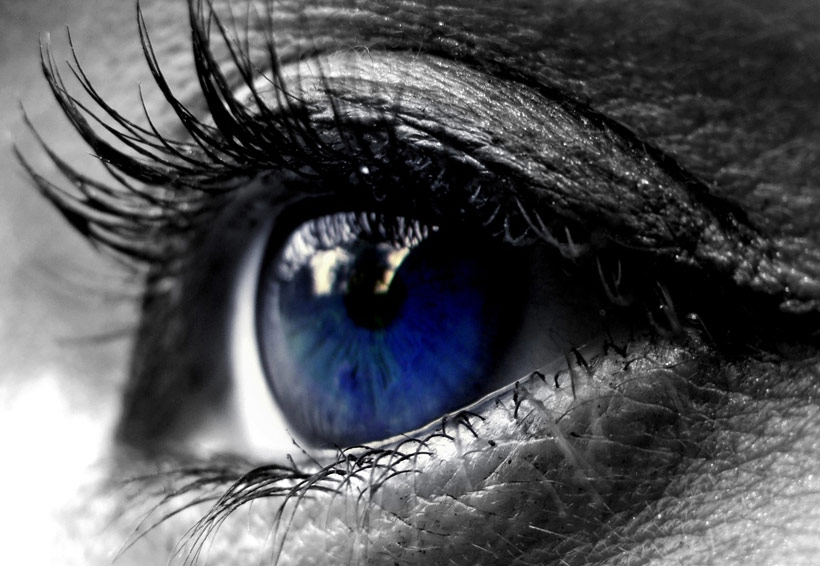 Nano-electronics researcher Imec announced today that its lab in Ghent, Belgium has developed a curved LCD display that can be embedded in a contact lens. It’s perhaps the first step in creating invisible augmented reality technology that could eliminate the need for a screen on your phone, laptop, or gaming device.

Not to mention dorky glasses.

The first prototype shows an image of a dollar sign — apparently the researchers are already thinking about commercialization. While it currently can display only simple images (similar in complexity to a cheap dollar-store calculator), Imec says future versions should be able to control light transmission to the retina, create different colored irises, and function as a heads-up display, which could superimpose almost any image right onto your field of vision.

You can see the new contact lenses in this movie from Imec … with appropriately James Bond-ish music:

The LCD display technology that Imec created allows the use of almost all of the contact lens surface, unlike LED-based applications that only enable a few pixels. In fact, Imec says, the technology will work for a range of pixel sizes and numbers.

The main challenge, of course, beside the thinness, has been the shape:

“Normally, flexible displays using liquid crystal cells are not designed to be formed into a new shape, especially not a spherical one,” Jelle De Smet, the project’s primary researcher, said in a statement. “Thus, the main challenge was to create a very thin, spherically curved substrate with active layers that could withstand the extreme molding processes.”

Imec, which claims to be three to ten years ahead of the industry, created the new contact lens at the Center for Microsystems Technology.

It’s almost too bad that Apple has already patented its term for very high-density, high-quality screens. Because this truly has the potential to be a real retina display.