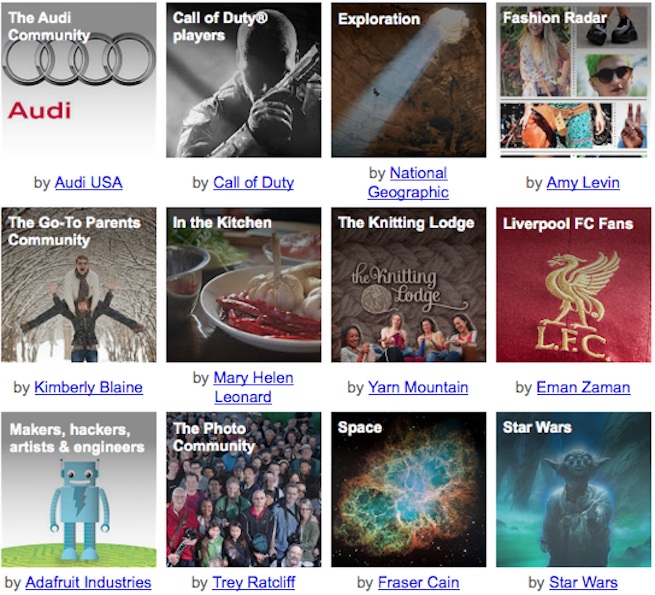 Google rolled out a brand new feature for its Google+ social network today, which brings the ability to form groups based around a specific interest, organization, or passion.

The new Google+ Communities feature is very similar to the staple Facebook Groups feature, which lets you communicate with a group of people in a more specific way than you would by sharing information broadly with the entire social network. It’s also a feature that’s been lacking on Google+ since its initial launch.

“What’s been missing  … are more permanent homes for all the stuff you love: the wonderful, the weird, and yes, even the things that are waaay out there,” wrote Google SVP Vic Gundotra in a recent blog post. “With Google+ Communities there’s now a gathering place for your passions.”

So what’s the difference between Google+ Communities and Facebook Groups? Well, there are a few notable things, including the ability to start a Google Hangout video chat with the community and sharing things specifically with G+ communities from any +1 button. That’s pretty cool, and something that might actually attract people to use it over Facebook.

Check out the demo video embedded below, and let us know what you think in the comments.