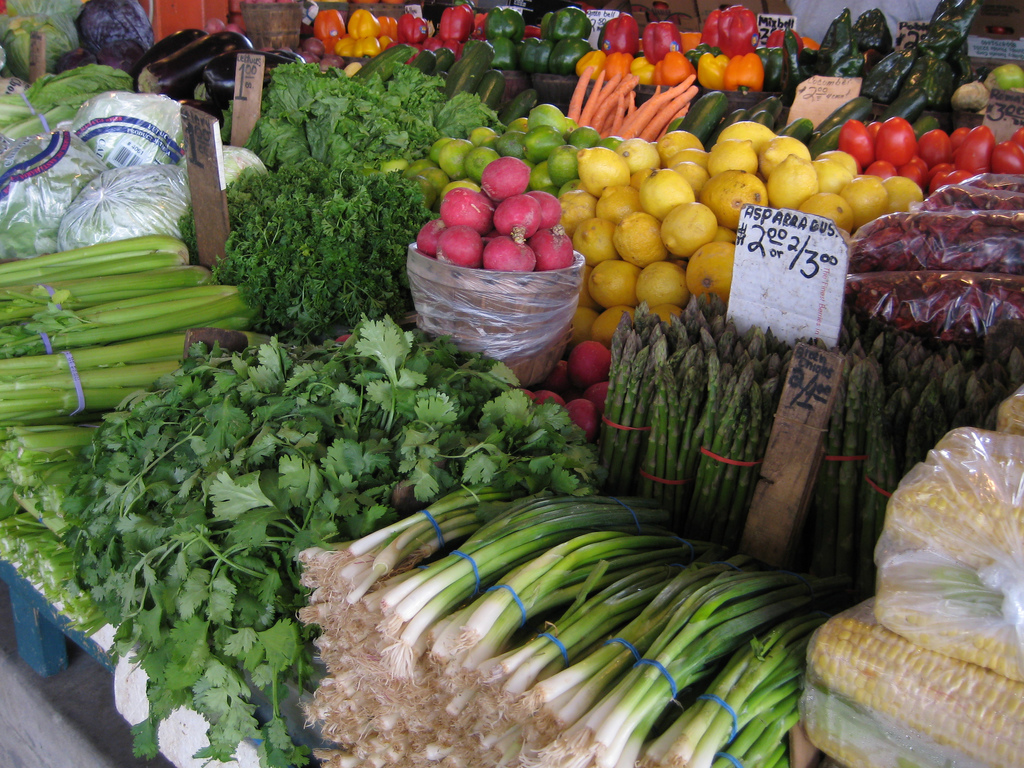 The experience of strolling through a farmer’s market is visceral. It is filled with sights, sounds, smells, and most importantly, taste.  Local farmers show off their harvest, artisans give samples of whatever unique jam or boutique cheese they have created that week, and people come together over a shared appreciation for high-quality, sustainable food.

As much as I would like to regularly patronize a farmer’s market, time, location, and availability often stand in my way. Farmigo is opening a farmer’s market platform today which connects farmers with local communities to make procuring fresh, seasonal, local products as easy as possible. The company also announced securing $8 million in financing.

Farmigo started in 2009 as an online software provider to help farms manage their Community Supported Agriculture (CSA) programs. By subscribing to a CSA programs, people can receive weekly boxes of produce directly from the farmers. Their popularity has increased over the years with the growth of the slow food movement and awareness surrounding healthy eating practices, but there was no software system to help the farmers track their operations.

Founder Benzi Ronen spent years working at enterprise software corporation SAP and left in 2000 to start his own companies. After having their first daughter, Ronen and his wife began to play closer attention to the food they ate as a family and grew familiar with the obstacles that existed for distributing local, seasonal, sustainable food. He set out to apply his logistics and software background to this market which was for the most part, devoid of technology.

“I saw that our food system is broken- this is making us sicker as people and making our planet sicker,” he said in an interview. “It isn’t that we need a shift in the industrial food system, we need to create a new food system based on different principles, and that alternative system needs infrastructure. We are already seeing an uptick in the number of local farms and CSA programs and the younger generation is getting back to farming. Now is the perfect time to introduce the consumer side to make eating farm fresh food more convenient.”

And thus, the team set out to create an online marketplace that eliminates the friction from buying fresh-from-harvest food. Farmigo takes a community-focused approach. Groups of people band together around a common location, like a workplace, school, or public meeting place. Through Farmigo’s network, they have access to a customized online farmer’s market, with a range of seasonal fruit, vegetables, eggs, meats, fish, baked goods, dairy, and even wine and coffee. Every week, each member of the community places an order and the orders are delivered at the same time and same place for pickup. This model offers convenience and variety, without sacrificing the degree of quality of sustainability.

“Only 1% of the population participates in CSAs, and that one-to-one relationship with the farm means you are limited to specifically what they grew that week,” he said. “Our mission was to make healthy food accessible to all households while also preserving the community feeling of farmer’s markets. We are about an economy of community instead of an economy of scale. We want the community members to rise up and be a part of the solution.”

To set up a Farmigo initiative, each community needs a “champion” to spearhead the effort. Groups must consist of 30 people or more, spending roughly $20 each. It has taken off within the startup community and early adopters include companies like Kiva, Etsy, and Carrot Creative.

“We are finding that young companies between 100 to 500 employees tend to have the spirit of willingness to try new things, they are the early adopters of the corporate world,” Ronen said. “In these companies, creativity and entrepreneurship are welcome and we are seeing that companies are starting to innovate around this. Many are integrating it into their health and wellness programs, using Farmigo credits as rewards for achieving milestones, and hold cooking competitions or recipe sharing events.”

Setting up a Farmigo community is currently available in Northern California and New York City. In conjunction with the initiative’s launch, Farmigo also announced the $8 million investment to continue spreading its platform nationwide. This is a hefty round for a food startup, which Ronen attributes to the company’s emphasis on the “non-sexy side of food.”

Farmigo’s back end enables farms to track what they are harvesting, manage their orders, organize distribution and packing, and facilitate delivery. This consumer-facing side closes the whole loop and investors trust in the potential for stability and growth. This second round was led by Sherbrooke Capital and RSF Social Finance, and joined by Benchmark Capital, which led the Series A of $2 million in 2009.