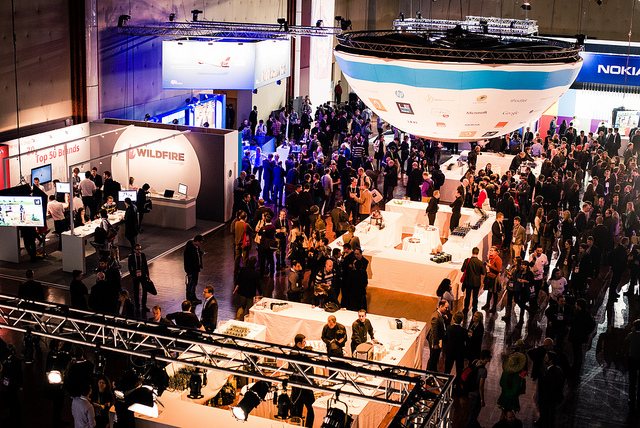 While trying to get a sense of this year’s LeWeb conference, the annual technology culture get-together in Paris, one thing was most striking to me: humans are out of this loop. For the most part, speakers focused on topics like machine-to-machine communication, artificial intelligence, or the now ubiquitous big data.

But while that realization seemed jarring at first, it’s also becoming increasingly clear how these tech-heavy topics will help humans — especially as we approach a world where practically everything is connected. (The so-called “Internet of Things.”)

Let’s take a look at the five most interesting topics at LeWeb: 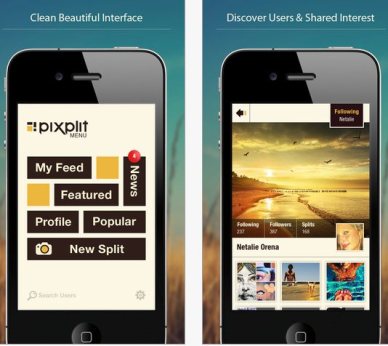 As expected, plenty of Instagram-wannabe apps were trying to cut through the noise. But I thought PixPlit, an Tel Aviv, Israel-based app that lets you co-create photos with others, was the standout. It’s like a social jigsaw puzzle that offers you a new way to tell a story.

Simply take a picture with the PixPlit app, decide on the jigsaw canvas design, called the “collage”, apply your filters, and publish. Then the story takes flight — whoever wants to be part of the creation process can add their own piece. In the end, one picture (or part of it) becomes an element in a much bigger artistic creation, with friends or complete strangers.

The PixPlit co-creation process is interesting, but the real value is the way it lets you communicate via tastes and aesthetic notions with others.

Another startup that boosts a new approach to communication is France-based Jib.li, which is like the Craigslist of your shopping abroad. Let’s say you live in Kentucky and your favorite cookies come from Paris. Jib.li makes it easier to source them by connecting travelers to people who need things shipped over to them urgently. The founders call this “crowdshipping.”

Joining the network is free of charge if you’re a traveler — simply state your itinerary and travel dates, as well as available volume in your suitcase. The person who’s asking you to bring an item has to agree to your terms, for example, whether it’s going to be a free or paid transaction, or one in exchange for a return service (or just a drink).

The openness of the exchange is a particularly interesting aspect of Jib.li: transacting takes place directly between the two parties, and the reward is paid upon delivery of the goods. The company may face a few legal hurdles with the current regulations for flight safety — you’re not supposed to carry something given to you by a stranger, especially if you don’t know the actual contents.

3) The man behind the Mars Curiosity Rover speaks out 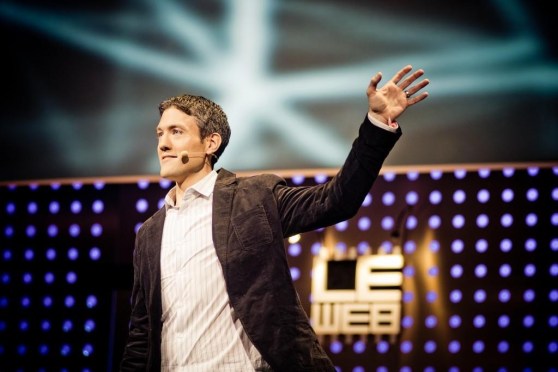 Muse, NASA Mars Curiosity Rover chief software engineer Benjamin Cichy has his own vision about how social media fits into in the Internet of Things when it comes to space discovery. [Check out our in-depth interview with Cichy.]

For him, Curiosity Rover is the is “the further outpost of a connected device, and on the surface of another planet,” transmitting data to help humans understand their galactic surroundings better. He pointed out how the Internet of Things also includes social media, which has allowed global, real-time distribution of information. The whole world now has immediate access to NASA photos that were only visible to a happy few handful of space scientists before.

The irony, Cichy said, is that nowadays, scientists often end up seeing the images after the general public does, due to the viral nature of the information being broadcasted everywhere simultaneously. 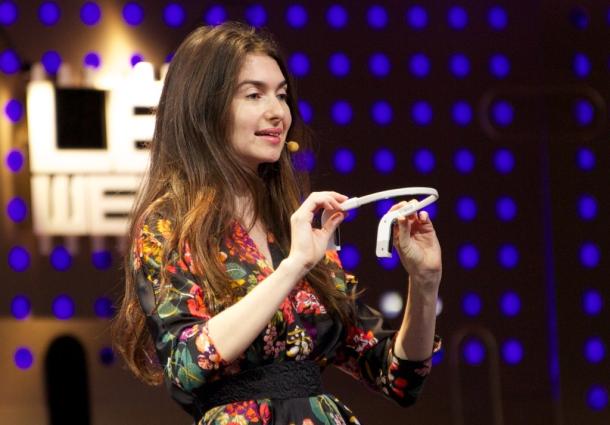 Another mindblowing technology and approach to artificial intelligence comes from Interaxon. On-stage at LeWeb, Interaxon CEO Ariel Garten presented the Muse, which looks like a hair band, but has the ability to register your brainwaves and translate them into concrete signals as you type an email, for example.

“You can listen more carefully to what’s going on inside the brain, understand the relationship between brain activity and emotions and gain more control over your emotional state,” Garten explained.

5) Mobiquithings powers the “Internet of things”

The most striking startup at LeWeb wasn’t on stage, and its technology far from sexy (despite being being oh-so-powerful). Mobiquithings stayed under the radar. — a real tour de force given the power of their simple yet far-reaching technology.

The company uses SIM cards as data transmitters that can connect devices across carrier networks. Since it’s relying on existing infrastructure, the SIM cards can easily give almost any device an always-on Internet connection. For example, it could be placed on your water heater to alert you, or a repairman, as soon as it has a problem.

Mobiquithings notes “by 2020, there will be 50 billion things connected in the world.” That surely represents a massive pool of opportunities for this French startup.