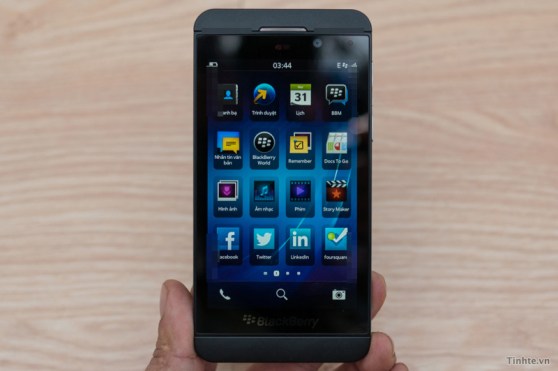 While yesterday’s official teaser was a welcome confirmation that RIM is making progress on the device, it wasn’t particularly revealing. (Then again, how many teasers ever are?)

This hands-on video is the complete opposite and gives you a very clear look at the device RIM plans to unveil in January. And it doesn’t look too bad, all told. RIM has clearly not strayed too far from the design of the BlackBerry 10 test devices it handed out earlier this year, which is a smart move, given how sharp the things were.

The problem, however, is that looks aren’t enough. While RIM’s hopes its BlackBerry 10 phones will be pivotal to the company, those phones aren’t worth much if Blackberry 10 itself is a flop.

Fortunately, RIM has done a pretty good job of introducing some significant new features into the operating system. The most recent of these is Evernote, which will be deeply integrated into BB10, according to developer documentation.

With various smartphones converging on roughly the same design, it will be features like this one that will really differentiate RIM’s take on the “rectangle with rounded corners” from the competition.