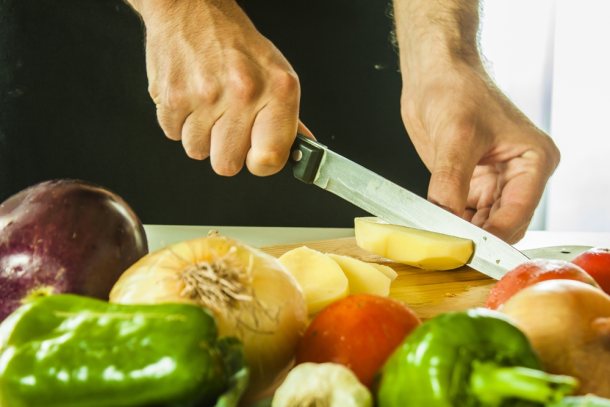 There are plenty of recipe discovery apps and websites, but Edamam is hoping to stand out with its focus on helping you eat better. Now the Edamam experience is even better with the launch of a new iPad app.

The company debuted at the DEMO conference in April with the goal of “organizing the world’s food knowledge.” With its free apps, also available on the iPhone and Android devices, Edamam makes it easy to find intriguing healthy recipes that just about anyone can make.

“We originally wanted to target foodies, but we discovered that the people actually using Edamam were moms,” said founder and chief executive Victor Penev in an interview with VentureBeat. “The Pinterest demographic of 30 to 45 year old women makes up most of our users because it saves them time.”

While Edamam is helpful on smartphones when shopping for ingredients, when it comes to actually cooking tablets are far superior, Penev pointed out. The Edamam iPad app, just like the app for 7-inch Android tablets, is graphically rich and plenty fast.

It doesn’t take much to get started with Edamam: You’re greeted with a massive search interface upon opening the app, but there are also helpful recommendations at the bottom of the screen. The app searches recipes from several sites based on their nutritional information. You can also easily share recipes from within the Edamam app. Within a few minutes of browsing the iPad app, I was able to find several recipes that I wanted to try.

Eventually, Penev says the company will include the ability to take notes and photos within the app. The goal,  of course, is to make Edamam your go-to recipe finder and cooking tool.

Edamam is based in New York City and is currently raising an angel round. 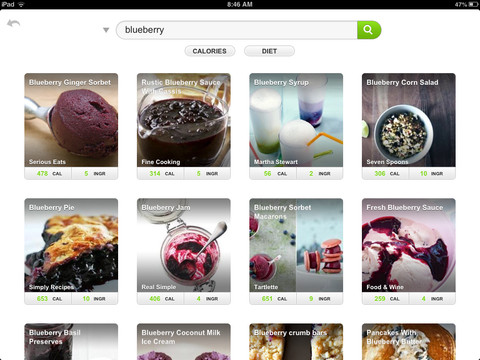