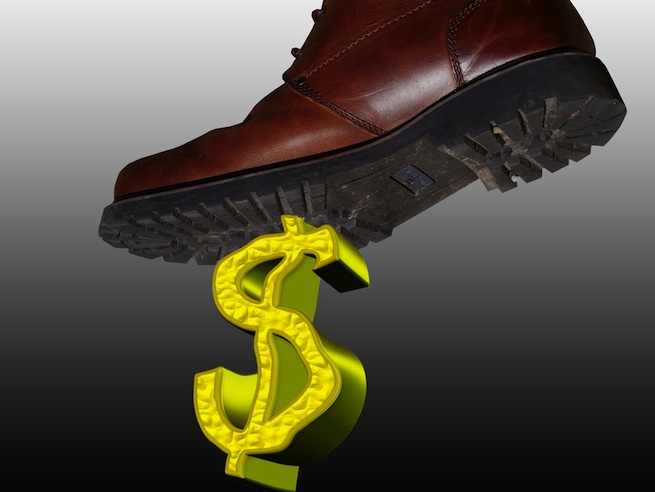 Over the holidays, friends and family with a bit of extra cash might choose to invest their money in risky, albiet exciting, startups.

Given the meteoric success of Instagram, why not give in and fund that crazy brother-in-law with an idea for an iPhone app that just might work. All he’s asking for is $25,000 from a handful of investors to outsource the cost of a developer in India or Russia to build a prototype.

The barriers to entry when starting a tech company these days are low. It’s easier and cheaper than ever to get an idea off the ground, and you need little or no programming expertise. As a result, the number of startup ideas that receive seed funding from angel investors has exploded.

It’s all rosy until the entrepreneur decides it’s time to raise a first round in institutional funding, say $1.5 million or above. With increasing competition for a steady amount of available dollars, we’re hearing plenty of resounding “no’s” from Sand Hill Road. The press have labelled it a “Series A Crunch,” which sounds looming and suggests it’s only going to get worse.

To shed light on the reality of this trend, investment firm CBInsights produced a report analyzing 4,056 seed investments. The research indicates that 1,000 recently-funded seed companies will be orphaned, meaning they are unable to raise follow-on financing. The author refers to this as the “process of natural selection.” They also make the case that the eventual death of these startups is a good thing for the tech ecosystem — it will mean there is more available talent for startups that have raised venture capital rounds.

The explosion in seed funding will result in over $1 billion of investment into these companies being incinerated. However, this is to be expected, as seed investments are the riskiest bets an investor can make.

“With at least twice as many companies getting seed funding this year, it’s not surprising to me that there’s a crunch,” said Rob Coneybeer of Shasta Ventures, a Silicon Valley-based venture firm that views Series A as its sweet spot. In a phone interview, Coneybeer said he’s not taking more meetings than usual and inferred that many of these companies funded with dumb money aren’t solving particularly unique and challenging technology problems. “It hasn’t changed things for us because there are four times as many photo-sharing companies,” he said.

In a recent story about the big, dumb angel bubble, VentureBeat’s Jolie O’Dell argued that institutional investors are not to blame, and it’s not an indication that entrepreneurs are producing less deserving or less fundable startups. The problem is that easy “dumb” money from inexperienced investors, like friends, family, or former colleagues, often does more harm than good. 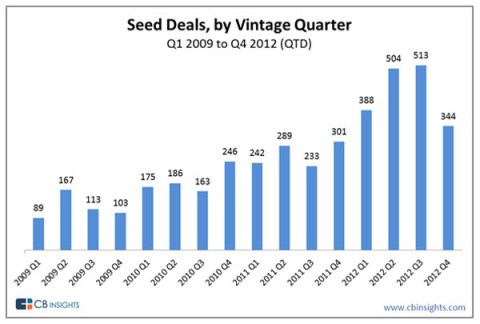 “Finding the right investor at the seed stage is critical,” said Jenn Wei of Blumberg Capital, a firm that specializes in early-stage startups. Untrained investors often lack connections and influence and haven’t done their homework. “We have seen an increase in the number of angel investors who do not do proper diligence, and oftentimes, those companies are under-funded,” said Wei.

Wei explained that most seed-funded startups receive about $200,000 or $500,000 from angels, which is not sufficient to carry the company to a complete functional product and obtain customers, the “milestones” that she typically looks for. 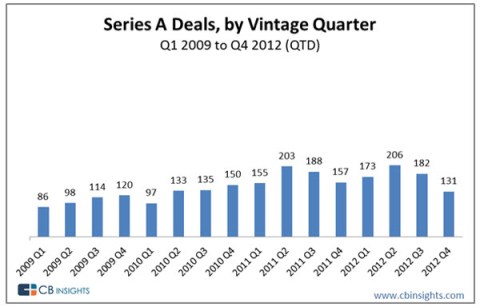 To avoid hitting a wall, entrepreneurs need to get smarter about fundraising. Entrepreneur Sameh Elamawy is currently in the process of fundraising for his Series A. He advises raising a larger seed round than expected. To get to a stage where you’re ready for a Series A investment, you may need to fund your developers and ramen-habit for well over a year. He also advises raising tiny consecutive seed rounds — $25,000 here and $50,000 there — rather than betting on a huge chunk of first-round financing.

As the power shifts to investors, CBInsights’ analysts predict that it will take longer for entrepreneurs to raise follow-on financing. Currently, it’s about 13 months, according to the report.

Above all, avoid taking “dumb” money; ideally, your angel investor is a prominent figure in Silicon Valley and is connected to a venture capital firm. “You want your seed investors working for you to make the next round happen,” said Elamawy. The report also found that seed deals in which VCs participate have a historically higher rate of getting follow-on financing compared to seed deals in which VCs are not participating.

The Series A Crunch is very real, but there’s nothing and no one to blame but simple economics. “The category is doing well, and this is the natural course of capitalism,” said Coneybeer.