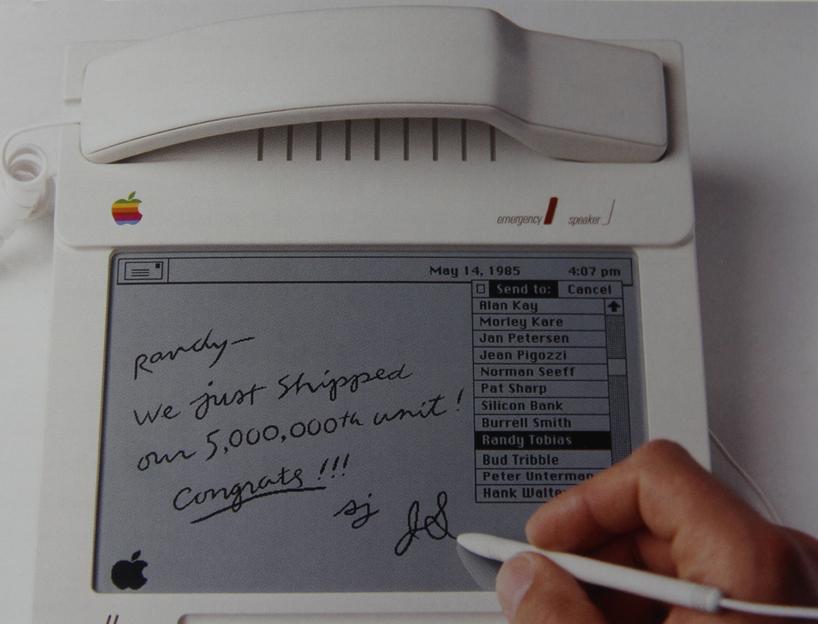 Ever wonder what Apple and its partners envisioned for the iPhone and iPad back in the ’80s? Well, wonder no more, avid reader.

The book itself, Design Forward, features insight about Apple and Frog Design’s work on the beginnings of Apple’s visually superior product line. Esslinger first started working with Apple in the ’80s, and followed Apple founder Steve Jobs when he left to launch Next a decade later. From the photos (see more images over at DesignBoom), you can definitely tell how much of an impact Frog Design had on Apple products, and how they all share certain elements like color, shape, and so on.

While the majority of products Esslinger revealed were never released to consumers, it is interesting that Jobs’ vision for exceptionally designed gadgets has endured. For instance, the 1984 MacPhone design, with its build in tablet computer screen, is obviously an early iteration of the iPhone and its touchscreen.

Esslinger’s book doesn’t go on sale until Jan. 16, but anyone interested can preorder it on Amazon today. Alternately, design website DesignBoom does have a few more details and concept photos from the book via a presentation Esslinger gave in Hong Kong last week.