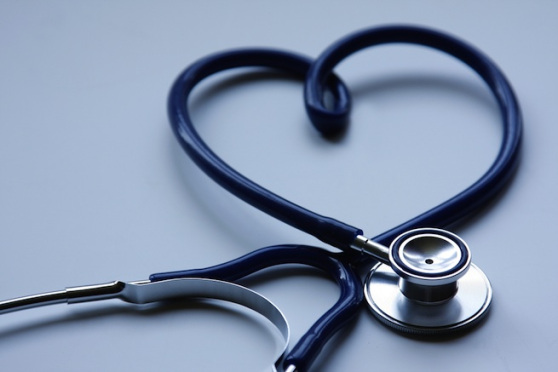 This year, Silicon Valley had a few big moments of clarity and cooperation between entrepreneurs and digitally-savvy patients and doctors.

Outraged by the healthcare industry’s slow adoption of digital systems, some tech entrepreneurs questioned whether doctors could be replaced by machines altogether. Vinod Khosla likened modern medicine to witchcraft, and IBM supercomputer Watson was set to work to help oncologists treat cancer patients at Sloan-Kettering.

Encouraged by “meaningful use” incentives, healthcare providers and hospitals finally embraced the cloud. In 2012, 72 percent of office-based physicians used electronic medical record or electronic health record (EMR/EHR) systems, up from 48 percent in 2009.

To empower patients to monitor and track their health, entrepreneurs produced some seriously cool hardware: one Cambridge, Mass. startup developed an under-helmet skullcap that alerts a nearby physician when an athlete’s collision is potentially dangerous. Another created a biosensor that uses an iPhone or iPad camera to provide touch free heart rate measurements. MIT researchers produced Bandu, a small wristwatch-like device that will monitor the body for signs of stress then take steps to counteract it.

Many of these entrepreneurs were supported by venture capital firms for the first time. Venture investment in digital health grew by 43 percent year over year, according to a soon-to-be released report from Rock Health.

With so much activity in this space, VentureBeat sat down with Nate Gross, cofounder of Rock Health and doctors’ social network Doximity, to compile a list of the ten biggest health-tech stories that shocked and amazed us this year. 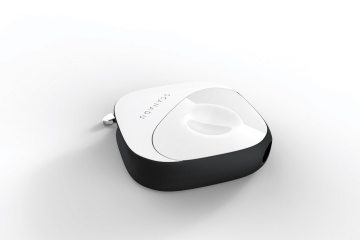 Scanadu recently unveiled three devices that can be used at home to monitor and track your vitals. One of them, Scout, is a sensor that people hold up to their temple; in less than ten seconds, it will collect data on pulse, heart rate, electrical heart activity, temperature, heart rate variability, and blood oxygenation. The device should be available by the end of 2013 for $150. The company’s founding team includes Walter De Brouwer, an academic and founder of TEDGlobal. De Brouwer was inspired to start the company after his son suffered a brain trauma and was hospitalized for a year.

The story: “‘People can get access information about health and connect to each other about health, but the piece that is missing is that people can’t get information about their own body,’ said De Brouwer. ‘By getting precision diagnostics into the hands of people, this can enable them to get early detection and to inform their conversations with their doctor in the ways that haven’t been possible.’

9. The rise of Practice Fusion 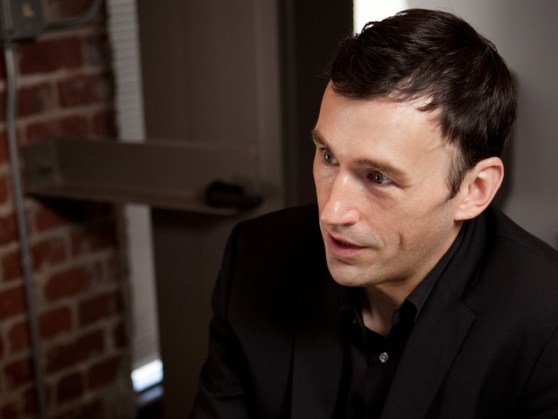 Practice Fusion, a provider of free, web-based EHRs, experienced a meteoric rise this year. It was no overnight success. The company launched in 2005, when there were few incentives for doctors to abandon paper-based systems. Company spokesperson Emily Peters said the stimulus plan and government investment in health IT kept them from going out of business during the economic recession. When Practice Fusion’s users (around 50 percent are doctors) started to receive meaningful use checks in March or April this year to adopt and use an EHR, the technology took off.

“This is the year we went from being the scrappy startup to a big deal” said Peters. A survey conducted by InterWest partners found Practice Fusion is considered the most likely EHR company to go public, followed by ZocDoc and Castlight. In July, the company raised $34 million at a valuation of $500 million, up from $100 million in its previous financing round. 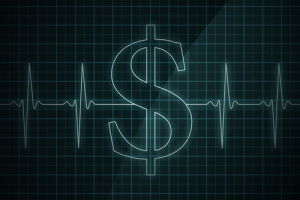 Venture capital investment in med tech and health IT skyrocketed this year. According to Rock Health’s survey, 135 digital health companies raised more than $2 million in funding. Among the 177 investors that poured funds into these companies, roughly 10 percent are completely new to the space (based on a sample from a single quarter). Why this surge in interest? Morganthaler, the venture firm that invested in Doximity and Practice Fusion among others, saw it coming.

“As the requirements under both the HITECH Act and the Affordable Care Act [Obamacare] continue to roll out, there will be additional opportunities for startups in healthcare,” said Rebecca Lynn, a health-tech focused partner at Morganthaler. These acts change the incentives in healthcare with both a carrot and a stick. She explained, “As the incentives change, payors and providers will need to adopt new technologies provided by these startups to be efficiently compliant and competitive.”

In recent months, angel investors also stepped up their investment in health tech, in part due to partnerships like SecondMarket’s with Startup Health.

The story: “‘Our members might be interested [in health tech] from a macro perspective, but they don’t feel comfortable enough to deploy capital,'” said Jeremy Smith, SecondMarket’s CSO. SecondMarket’s investors are encouraged to pour thousands of dollars into promising health tech startups as well as Startup Health’s new fund. According to a document available to SecondMarket’s network of accredited investors, Startup Health is building up a $7.5 million Innovation Fund to support up to 100 digital health and wellness startups.” 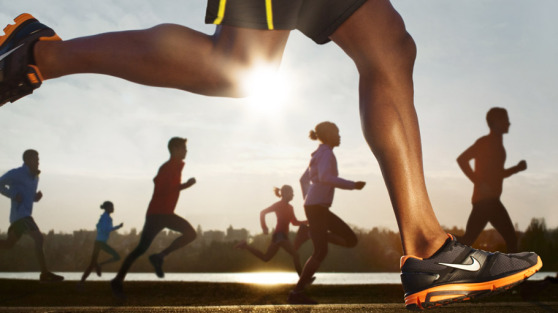 A growing number of startup accelerator programs this year specialized in digital health. Nike+ launched its accelerator in partnership with TechStars to encourage developers to build health and fitness applications. This year, the New York Digital Health Accelerator, a program with an initial investment of $4.2 million, also announced its inaugural class. This is indicative of two things: increasing venture capital investment in the space and a booming interest among entrepreneurs.

The story: “The catch: all the products these companies create will have to use the Nike+ platform and/or NikeFuel ‘to build offerings that inspire and assist people to live more active, healthy lifestyles.'”

6. The steady move to the cloud

By 2014, Obamacare mandates hospitals and practitioners with paper records switch to electronic medical records. It will not be a simple transition. However, physicians see the benefits of storing health records in the cloud, which makes it cheaper and faster to organize massive amounts of information. At Seattle’s Children Hospital, in one notable case, researchers were able to work with a huge amount of data to identify patients whose cells looked similar, and identify a rare bone disease called craniosynostosis.

The story: “‘The healthcare industry is fragmented, complex and paper-based,’ said Darin Brannan, president and CEO of ClearDATA, a provider of cloud computing services. In 2012, that began to change with the major shift toward web-based EMR technology.” 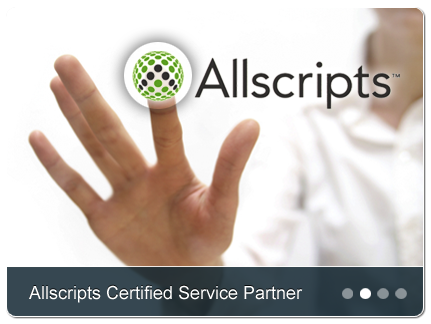 One-time high flyer Allscripts seemed poised for success, given the EHR boom due to government stimuli. But the company landed in a steaming pile of drama in April after its chairman was fired in a board dispute and three directors resigned in protest. With shares plummeting, the Chicago-based company announced it would bring on a new CEO lured from its rival, Cerner. Then, the company experienced a sales slowdown when customers tried to upgrade to a new product — one that would actually let their doctors’ offices and hospitals share digital patient records.

The story: “The lesson for up-and-coming health IT vendors? ‘The meltdown showcased the rocky transition our sector is going through trying to get legacy vendors to quickly adapt to a changing marketplace and regulatory pressure,’ said Peters of Practice Fusion. 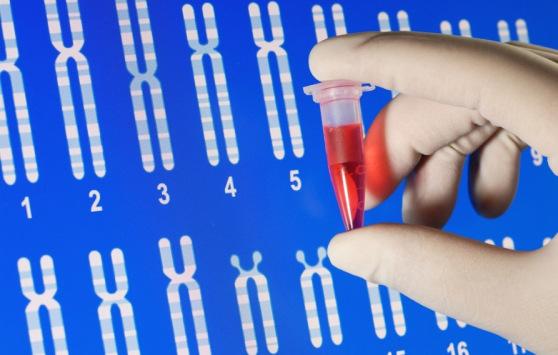 The quest to harness the potential of human DNA for the purposes of diagnostics and drug treatment hit a major threshold in January 2012: the thousand-dollar genome. Carslbad, Calif.-based Life Technologies introduced a machine to map an individual’s genetic makeup. The news inspired entrepreneurs to harness this data, banishing a one-size-fits-all approach to medicine.

The story: “‘Every disease has a genetic component, and yet largely none of the available genetic information is being used today to treat patients,’ said Dr. Dietrich Stephan, cofounder of Navigenics. ‘With the knowledge we have now about your genes, we are finding ways to diagnose sick people earlier and develop medicines to zap the core defect.'”

3. Khosla made THAT prediction 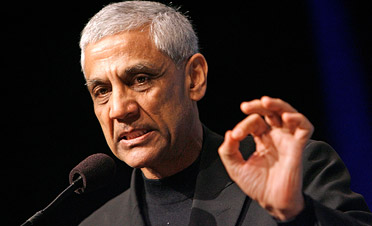 Tehc luminary Vinod Khosla declared at the Rock Health Innovation Summit that medicine is not so disimilar to witchcraft. The entrepreneur, who made his mark during the dot-com boom, said that machines driven by large data sets and computations power would be better for patients than the average physician and imagined a doctor-free future. Needless to say, this went over great with the medical community.

The story: “‘Eventually, we won’t need the doctor,’ said Khosla. Columbia University-trained doctor Bijan Salehizadeh was one of many critics who vocalized resistance, responding that he was ‘nauseated’ by Khosla’s remarks.”

Armed with data, developers with little or no medical training can help determine the underlying genetic cause for some of the most common diseases. Amazon’s cloud computing unit, Amazon Web Services, announced in March it would store for public use the entire contents of the National Institutes of Health’s 1000 Genomes Project, a survey of genetic information around 200 terabytes in size.

Developers can freely access the system and can choose whether or not to share their research. The people in the study consented to have their data made public, and there is no personal information linked to their genetic data.

The story: “‘It’s the only public data set like this,’ Lisa D. Brooks, program director for the Genetic Variation Program of the National Human Genome Research Institute. ‘It is an almost complete set of human genetic variants.” 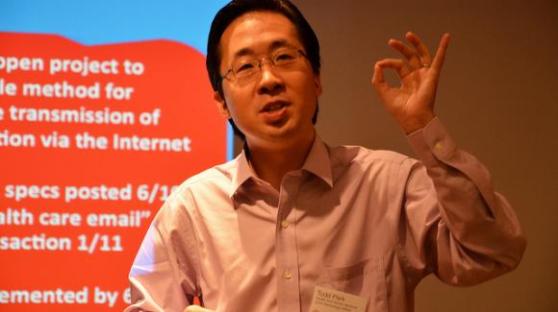 Todd Park, cofounder of health IT juggernauts Athenahealth and Castlight, was promoted from CTO of the Department of Health and Human Services to CTO of the United States.

With this executive appointment, med tech entrepreneurs gained a powerful new ally. Park was instrumental in launching the Presidential Innovation Fellows program, which invites innovators from outside government to work with the powers that be to solve socio-economic problems, particularly those facing health providers and hospitals. It should come as no surprise that one of the fellowships was awarded to a team building tech to enable millions of Americans to easily and securely download their own health information electronically.

The story: “‘We have an opportunity to make this country shine,’ Park said. The government’s official document on its Digital Government Strategy broadly sets out to ‘ensure that as the government adjusts to this new digital world, we seize the opportunity to procure and manage devices, applications, and data in smart, secure and affordable ways.'”