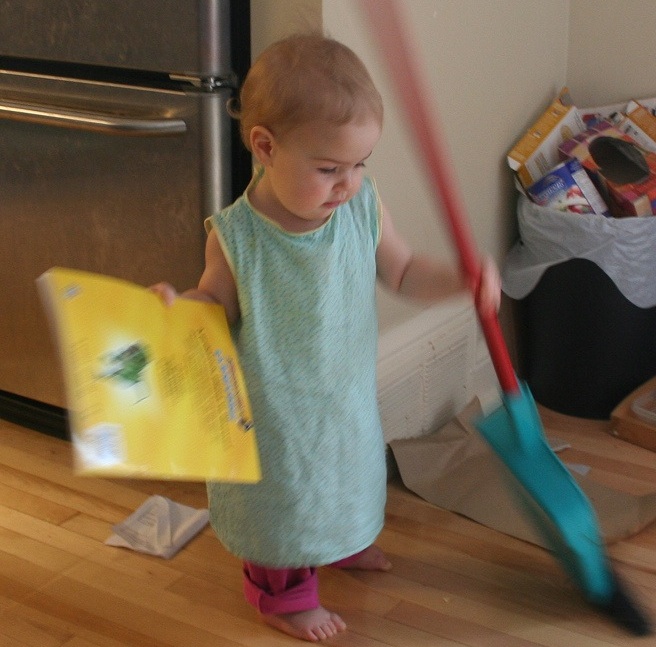 Spending time at home over the holidays transported me back to my childhood. I was reunited with my old blankie, bickered lovingly with my sister, and drove my mother crazy by neglecting to keep her condo neat and tidy. Ah, the days of my youth.

Parents and children are forever locked in battles over household tasks. ChoreMonster publicly launched today, just in time for the New Year. It turns chores into an engaging game. The company also announced that it has raised a total of $1.125 million in seed funding.

Using the ChoreMonster suite of apps, parents can get their kids “begging to do their chores.” Moms and dads set up a digital point system that translates into real-life rewards. Kids earn points when they complete a specific task and then redeem them for rewards like a hug, ice cream, a new video game, or a fun excursion. The kids also have access to their own dashboard, where they can track their chores and progress towards their goals. In addition to points, children also collect interactive monsters.

During its five-month private beta, kids completed 314,600 chores on ChoreMonster at an average of 11 chores per week (see infographic below). The top 5 chores were making the bed, picking up after themselves, cleaning the bedroom, helping to feed pets, and taking care of dirty laundry. The top rewards were ice cream, cash allowance, movie night, sleepovers, and computer time.

Despite the fact that the system takes away any intrinsic motivation kids may have to help out, parents are excited by how much easier it makes household care. Founder Paul Armstrong wrote in a blog post that his goal is to improve life for both parents and their kids.

“The arduous task of getting our child to do a chore becomes a war,” he said. “We get tired of nagging and fighting while our child is exasperated and worn out; and managing a chore becomes more of a chore than the act itself!  The solutions are often more about what we parents understand than what our children understand. Our desire isn’t to make a parental chore management tool — while that is part of our strategy and goal, it isn’t the solution to the problem. Our goal is make a lifestyle enhancer.”

The redesigned web app is live today and the updated iOS app is on the way. It is free to use, although a premium version is available for $4.99 a month. This investment was raised from CincyTech, Vine Street Ventures, and other angel investors. ChoreMonster is based in Cincinnati. Competitors include You Rule, iReward, HighScore House, and Chore Hero.