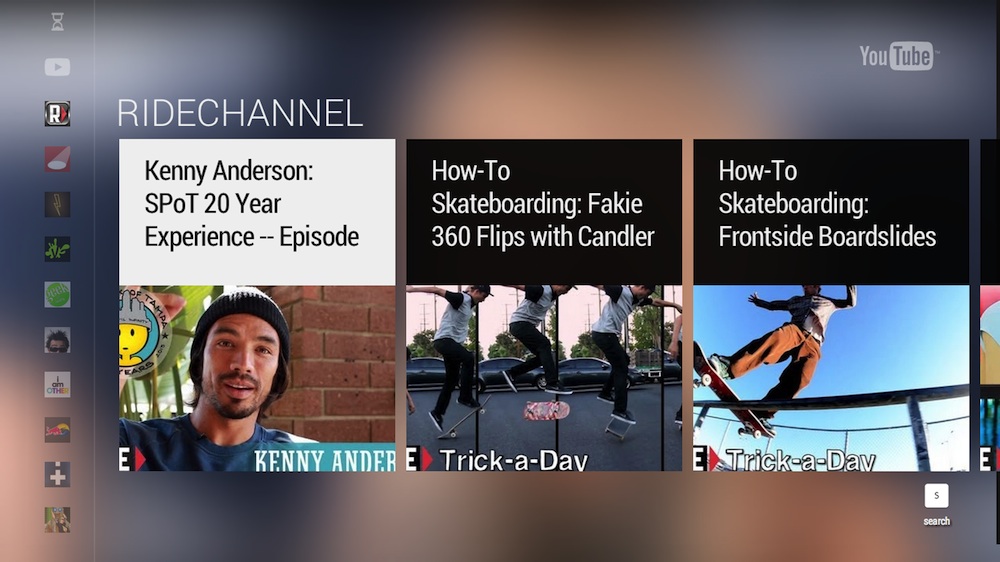 YouTube is rolling out a new feature that will enables viewers to transform their mobile devices into a YouTube remote, the video site announced today.

With the new “send to TV” feature, you can find a video on your mobile device and push it to a larger screen. (If you’ve ever used the device-pairing functionality between an Android device and Google TV, you’re familiar with how it works.) YouTube’s new feature is based on the idea that people can navigate through content much more efficiently via a smartphone or tablet.

YouTube plans to show off the new “sent to TV” feature at this year’s CES event, along with the latest TV-optimized version of YouTube (shown above). Initially, the feature will work with a variety of televisions and set-top boxes, including those from Bang & Olufsen, LG, Panasonic, and Sony — with support for devices from Philips, Samsung, Sharp, Toshiba, Vizio, Western Digital, and others later in the year.

Check out the demo video embedded below, and let us know what you think in the comment section.