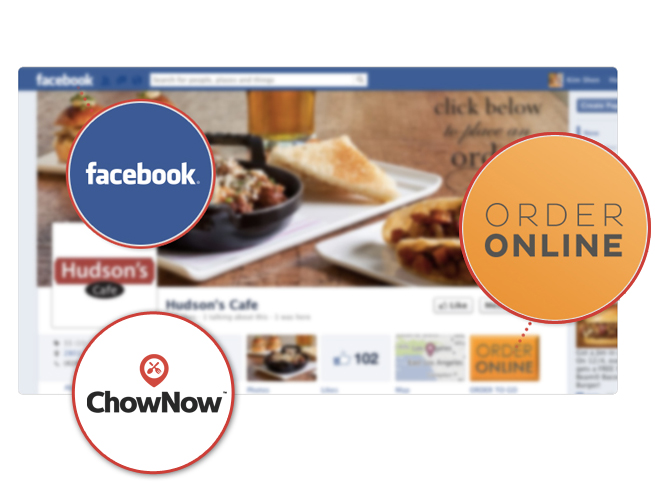 LOS ANGELES, Calif. — ChowNow, a Facebook-enabled ordering platform for restaurants has raised $3 million in a Series A round.

ChowNow gives restaurants streamlined mobile-and-online-ordering templates and marketing consulting services for $89 per month, pricing independent app developers ($15,000 per contract) and online deal services like Groupon out of the market. ChowNow’s template allows restaurants to customize their own online marketing strategies and customer incentives.

The growth of e-commerce, projected to rise 62 percent by 2016, according to a Forrester Research analyst report, puts ChowNow in a favorable market position.

“We help [restaurants] build a snowball, and we push it down the hill, and we give them two months of help, and there’s so much repeat business that the snowball builds itself,” ChowNow founder and chief executive officer Christopher Webb told VentureBeat.

Webb identified ChowNow’s primary competitors as grubHub and Seamless, but said restaurants using these services are giving up 15 percent of their revenue on every order.

Webb said he and co-founder Eric Jaffe launched ChowNow in May of 2012 and have already acquired hundreds of clients, including franchises like CiCi’s Pizza and Ground Round as well as dozens of smaller establishments. Additionally, ChowNow has recently expanded its service into ski resorts Mammoth Mountain and Homewood Mountain Resort, said Webb.

ChowNow will use its Series A funding to support the launch of new products and scale its operations around the country, according to a company press release. The same document says that these additions include a catering service and an online-ordering platform made exclusively for pizza restaurants.

To date, ChowNow has raised over $4 million, including funding from accelerator Launchpad LA, which graduated the company last May. ChowNow is headquartered in Santa Monica and employs 16 people all over the country, said Webb.