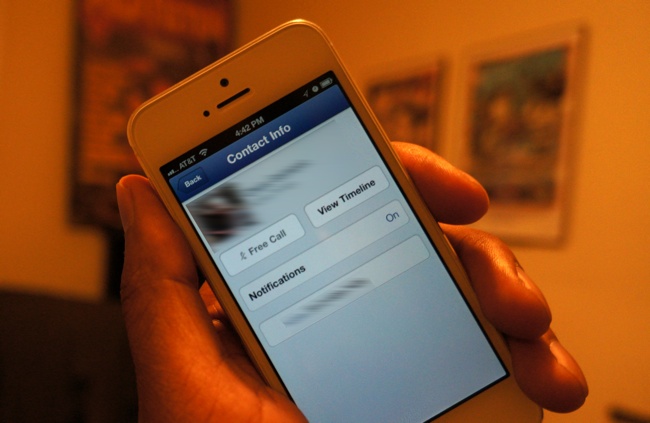 After launching voice calls for Canadian iPhone users earlier this month, Facebook today began rolling out the feature for those in the U.S.

To send and receive voice calls, you’ll need to install Facebook’s standalone Messenger app for the iPhone. Then select a person to chat with, choose the “i” button in the top right of the screen, and select “Free voice call.” Unfortunately, Android users only have the capability to send voice messages, which also previously launched in Canada.

For Facebook users, voice calls are an added layer of convenience. Now you can get in touch with friends even if you don’t know their phone numbers, or if you’re somewhere with spotty cellular reception (but a steady Internet connection).

While a strangely quiet upgrade for Facebook, the move is no less significant. It pits the company squarely against popular Internet calling apps like Rebtel, Viber, and Skype. In the end, the less reason users have to leave the company’s apps, the better for Facebook.

While it’s somewhat awkward to use now since it requires a separate app, you can expect the voice calling feature to make its way into Facebook’s primary mobile app eventually.  We’ve already seen Facebook bring over features first found on its Messenger app. And once Facebook is confident in the voice calling feature, expect it to be prominently displayed, instead of hidden in an obscure menu.