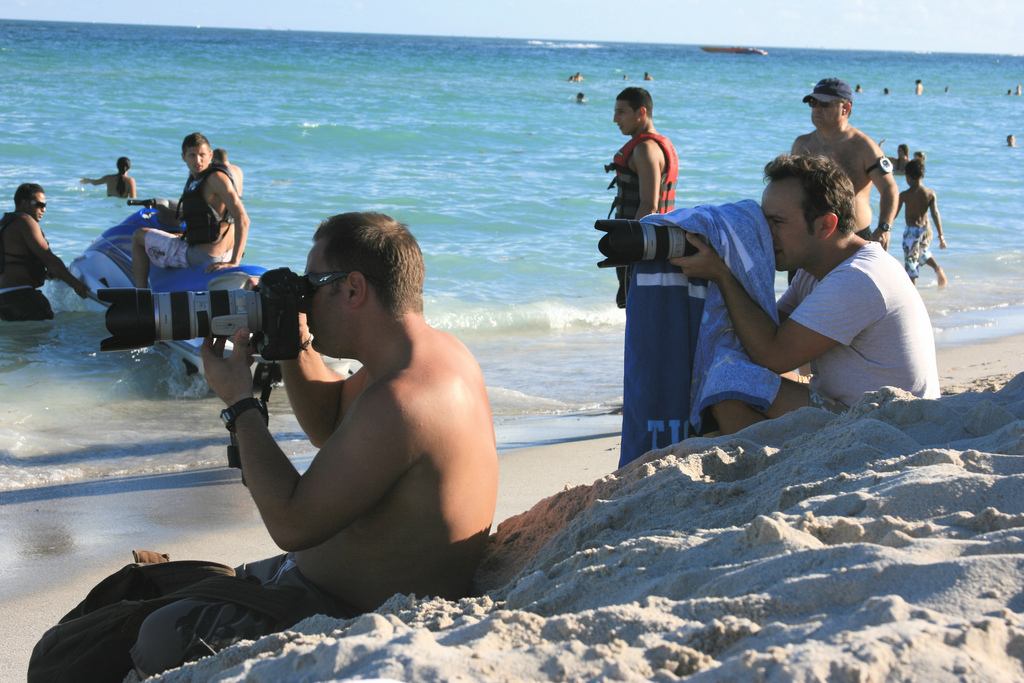 Today was a big day for media. The Knight Foundation announced the winners of its third 2012 challenge, a slew of media-oriented companies raised funds, tensions rose between Time Warner Cable and Netflix, and most importantly, a scandal video leaked of naked Selena Gomez kissing naked Justin Bieber in the ocean. Gasp!

SurveyMonkey raises $800M to give shareholders back some love

SurveyMonkey has raised a gorilla of a round, raising approximately $450 million in equity financing and $350 million in debt financing to give its shareholders some returns. This is one of the largest capital raises by a privately-held US internet company. SurveyMonkey makes it simple to create web surveys. It has more than 14 million users, including large Fortune 100 companies, and generates significant profits from its subscription-model. This financing will go towards buying back shares from employees and investors, since the company wants to create liquidity without going public. Read more on VentureBeat.

Samsung opens its wallet to OpenX

AppGratis closes $13.5M in funding with revenue at $1M/month and users growing at 300K/day

AppGratis announced today that it closed a $13.5 million series A round of funding to get bigger and even more international, even though the French app-discovery company is already profitable and growing at breakneck speed. The company partners with app developers who want more downloads by offering a paid app for free for 24 hours. It’s a strategy that has worked — sometimes driving more than 500,000 downloads in a single day. The funding round was led by Europe’s Iris Capital, with participation from the Orange Publicis Fund. Read more on VentureBeat.

Keek.com announced that it not only closed an $18 million deal, but also registered 6 million new users in the past month. Toronto-based Keek is a free social network centered around 36-second videos. People upload video states updates known as ‘keeks’ through a webcam or smartphone and share them across social networks. It is growing at a rapid pace, spurred by widespread adoption in Europe, the Middle East, and South America. The $18 million in new funding was led by AGF Investments, Pinetree Capital Ltd, and Plazacorp Ventures, with participation from Cranson Capital. It will support infrastructure expansion and continued growth. Keek.com has raised $30 million to date. Read more on VentureBeat.

Intigua, not to be confused with the more tropical Antigua, is ramping up with $8.6 million. Intigua “virtualizes the management layer” of enterprise infrastructure. It assists in the transition of critical applications to cloud infrastructure and the management of their performance. It won the Best of VMworld 2012 Gold Award” for new technology. Bessemer Venture Partners led this round, with participation from seed investors Cedar Fund and individual investors. Intigua is based in Newton, Mass. Read the press release.

Content curation platform Squirro recently completed a round of financing, bringing its total to $2.4 million. This money will promote international growth. Squirro scans content from various internet channels social media, private databases, and internal systems to harvest the information most relevant to users’ interest. It updates continuously and automatically, resulting in a “living collection of content” to do with as you please.  The technology is based on “Aggregation Intelligence” that understands the contextual relevance between keywords and sources. This money came mostly from an international consortium of investors. Squirro is based in Switzerland. Read the press release.

Philadelphia gets attention for more than cheese steaks

If a pin drops on the internet, is anyone around to hear it? Curalate seeks to answer this question and measure the strength of its sound. This Pinterest analytics and marketing suite has raised $3 million in its first round of funding. Curalate applies image recognition algorithms to visual social media sites to provide a glimpse of the path from “pin” to revenue. Brands can use Curalate’s tools to get the most out of social media, by improving consumer engagement, building brand awareness, and driving conversions and sales. New Enterprise Associates led this round, with participation from FIrst Round Capital and MentorTech Ventures. Curalate previously used $750k in seed financing from the same three investors. Read the press release.

Hear ye hear ye, the Knight Foundation named the winners of its third Knight News Challenge 0f 2012 today. The Knight Foundation is dedicated to supporting “transformational ideas that promote quality journalism, advance media innovation, engage communities and foster the arts.” It holds a series of challenges every year to support “breakthrough” ideas. This challenge was themed around mobile technology, and the eight winners were collectively awarded $2.4 million. Read more on VentureBeat.

Searching for a job is an incredibly painful process, up there with root canals and building furniture. StartWire raised $1.5 million to soothe this pain by providing job search organizational tools. The platform helps applicants track their progress and activity and receive daily updates on job applications. It also offers a “common application” for jobs, and this investment will go towards building out this feature, as well as user acquisition. Baird Venture Partners led this round. Startwire is based in Lebanon, New Hampshire.

Celtra puts $4 million in the basket

Impressed by my sporting knowledge? Celtra, an mobile ad tech company based in Cambridge, Mass. (near the home of the Boston Celtics), raised $4 million. This money will boost the company’s expansion efforts, following significant revenue growth and passing the profitable threshold in 2012. The AdCreator platform provides ad templates, as well as tracking and analysis tools, and is used by more than 200 clients and partners on the sell side. SoftBank Capital led this round. Read the press release.

From the chilly climes of Denver, Levels Beyond heats up the scene with $4.5 million in its first round of funding. Levels Beyond provides software to simplify video management and distribution. Media organizations, live event producers, production houses, advertising agencies and departments can use the platform to streamline workflow and optimize the each of their content. This financing will expand sales, marketing, and business development. TVC Capital, a growth equity firm based in San Diego, was responsible for this heat.

Telcentris raised $5.3 million in its first round of institutional funding, as reported by TechCrunch. Telcentris is the force behind VoxOx which it claims is “Universal Communicator” and represents the future of communications. VoxOx provides unified VoIP solutions over an array of channels, networks, and devices, as well as a slew of integrations. This recent investment came from SBD Global FUnd  and brings Telcentris’ total to $33 million.