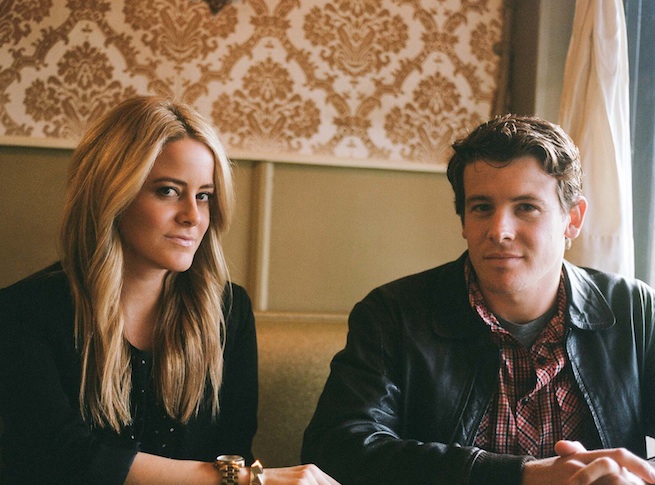 Launching today, a new technology from a startup called PromoJam lets marketers create promotions in a matter of minutes and share them on social media sites like Facebook and Twitter — no HTML expertise required.

The new product, “PromoJam 2.0,” has been years in the making. It is the brainchild of brother and sister founders, Amanda and Matt MacNaughton (pictured above).

With this new product, the social marketing company is focusing on promotions, although the founders hope to build a “social network for marketers.” The product has Dropbox integration, so it’s easy to upload files, and a Yammer integration is in the works, which will enable users to collaborate on projects.

After a promotion has been released, users can view analytics on a dashboard to understand if the campaign has been a success. Results can be broken down by market segments, and marketers can create detailed demographic and geographic reports. The idea is that promotions, such as sweepstakes or a loyalty program, should be targeted to specific groups to increase engagement.

The beta version of the product counts the Los Angeles Times among its users, and the team is in talks with its existing customers, including NBC Universal, Clear Channel Radio, Virgin America, Red Bull, and The North Face. 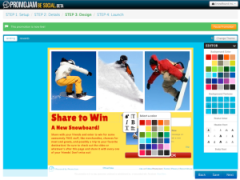 The founders claim that PromoJam 2.0 is far cheaper than the alternatives, Salesforce.com’s “Marketing Cloud,” for example. It is available to companies and individual consultants on a subscription basis. Prices range from $250 to $500 per month, depending on the level of use.

Promotions have been technically challenging to develop, and these can be a drain on a marketing team’s budget. PromoJam’s team of engineers have designed dozens of templates, meaning that companies won’t need to hire a graphic designer, and users do not need to be proficient in HTML.

“Pick what promotion you want, and we’ll take care of the nuances,” said Matt MacNaughton by phone. It also has rules and regulations to consider when publishing a campaign to Facebook, for instance, which Amanda MacNaughton describes as “one of the biggest pains for marketers.” The company will ensure its customers are in compliance.

L.A.-based PromoJam‘s claim to fame is that it was the first to build a “tweet to download” application. In 2009, the artist Travis Barker offered his then just-released mixtape to fans in exchange for a tweet. Since then, it has secured customers in the entertainment and retail industry. PromoJam competes with social media marketing sites like Facebook-owned Wildfire Interactive.

This is the company’s most significant product release since it raised $1.2 million in angel funding in March.

[Disclosure: PromoJam is a former client at Eastwick, a PR firm I worked at.]