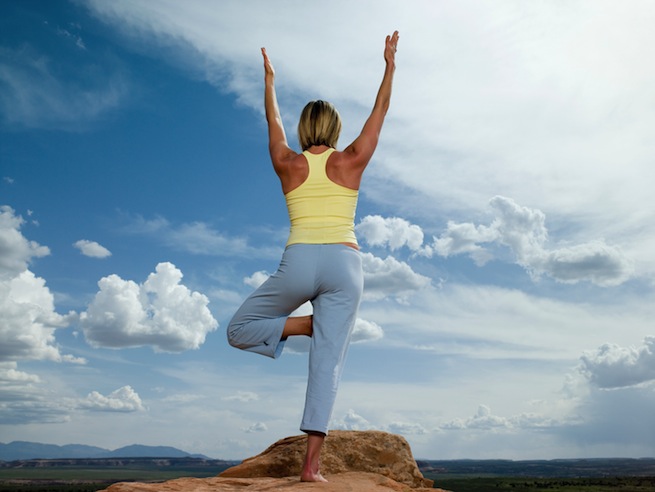 By marrying hardware and user-experience design, Jawbone wants to help people to make more informed decisions about their health.

So the wearable computing maker today acquired MassiveHealth, a maker of apps to promote healthy eating; and Visere, the design firm behind the Unstuck life coach app, for an undisclosed sum.

As we pointed out in a review, it’s one thing to receive data about your sleeping habits and calories that you’ve burned, but it’s another to actually improve your lifestyle choices. The goal with these acquisitions is to improve the user experience around Jawbone Up, the health-tracking wristband. 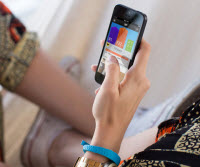 Above: A Jawbone Up user

Jawbone CEO Hosain Rahman said in a statement, “Both companies have shown a deep understanding of the intricacies of designing engaging products and experiences, and we’re eager to continue to harness talent of that caliber here at Jawbone.”

Up is the brainchild of Jawbone’s chief creative officer Yves Behar, the design wunderkind behind some of the most iconic tech products of recent years (including Kickstarter sensation Ouya, a video game console that plays Android games). It will be interesting to see how an infusion of design talent — notably Massive Health founder Aza Raskin — will transform the product.

Raskin is the son of Jef Raskin, the human-computer interaction expert best known for starting the Macintosh project for Apple in the late 1970s. Prior to starting Massive Health, he led the user experience team at Mozilla Labs.

A blog post from Visere’s Adam Wulf indicates an ongoing relationship with Jawbone — so it’s not a surprise that the Oregonian firm would come on board. Massive Health is a bigger get — the San Francisco-based startup has raised over $2 million in venture capital funding

According to GigaOm’s Om Malik, about 25 new people will bring expertise in data science and design. The company has not yet decided what it will do with Massive Health’s Eatery app, which received rave reviews but failed to reach a critical mass of users.