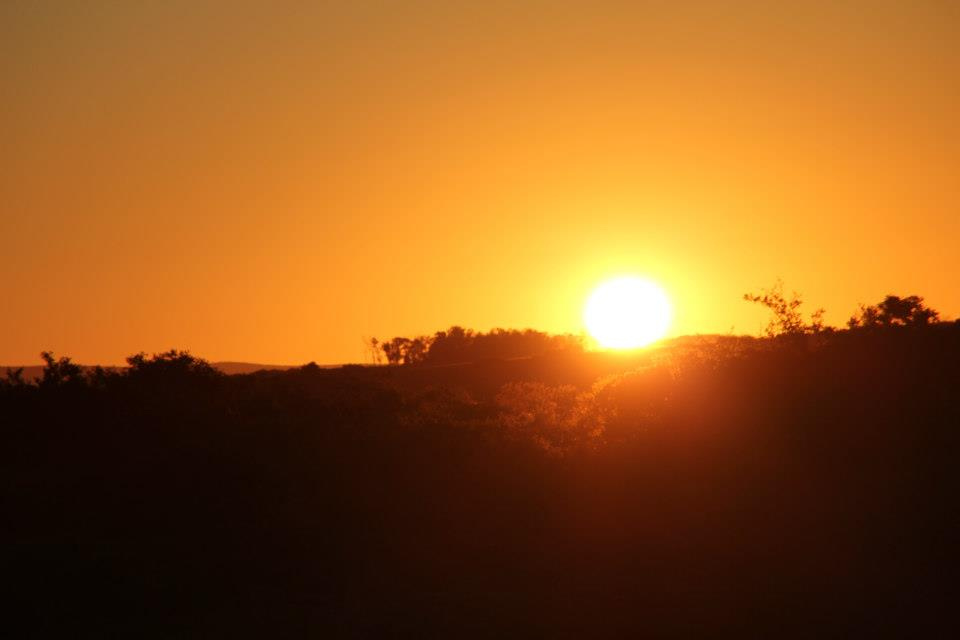 A little orange box is making its way across South Africa, leaving a trail of opportunity and economic empowerment in its wake.

Nomanini is a social enterprise company that sells a “business in a box.” Called Lula, this portable orange device is like a little digital vending machine for prepaid vouchers for mobile airtime, electricity, water, and insurance. (Many in Africa use prepaid mobile to pay for such services.) People can buy one of Nomanini’s boxes and quickly set up a “mini-business” to supplement their incomes. 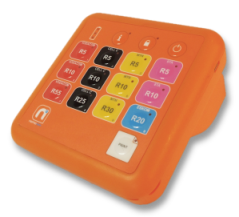 Chief executive and founder Vahid Monadjem is an Iranian-American who was born in Germany and raised in the U.S. and Swaziland. In 2008, he took a job with the prestigious consulting firm McKinsey, where he worked as a global fellow for emerging market product development. From his post in Johannesburg, South Africa, Monadjem found that reaching consumers was his biggest challenge. Most people do not have computers, Internet access, or even smartphones, and many do not even have a documented home address. Mobile prepaid services are so popular because they don’t require Internet access or a bank account, and you can purchase them in small or large amounts.

In this problem, Monadjem saw an opportunity for himself and the locals. He left McKinsey to found Nomanini, which means “anytime” in Zulu, in 2010.

“There are about 200,000 minibus taxis driving around South Africa serving 20 million commuters everyday,” Monadjem said. “It occurred to me that the sale of prepaid vouchers could more efficient if we developed a solution that could be distributed to people on minibus taxis. Not only would you be providing a really important service for people living at the base of the [economic] pyramid who need these central services, but you would also be giving a massive sector the benefit of additional income.” 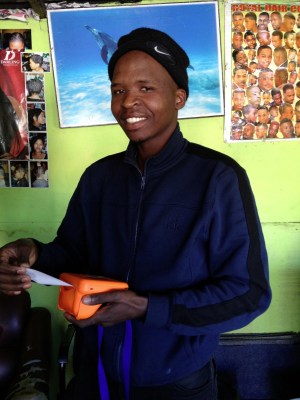 The Lula can print these prepaid vouchers on the go. Owners can sell the vouchers anywhere, in minibuses, their homes, or even just walking around on the street. They deposit their earnings into a Nomanini account to reload the terminal and earn a commission on all of their sales. The terminal costs about $200 and is “built like a truck” to endure whatever Africa can throw at it. The backend system and all of the transactions are run on the Google App Engine.

In December, 40,000 people bought airtime through Lula devices. Monadjem told me stories of Vuyile, a man who worked as a night shift security guard and barely earned enough to support his family. Through Nomanini, he has increased his monthly income by 20 percent.

The success of the business is largely due to the Nomanini’s intimate understanding of the African market. Monadjem and his cofounders strived to develop a uniquely “South African born-and-bred solution” that specifically targets the needs of the local population.

“What is missing with a lot of tech efforts in Africa is learning from the market,” he said. “Rather than importing the latest solution from the U.S. or Europe, we need homegrown solutions, particularly in transactions. There is massive expansion in the mobile space, but we need to build solutions that work with unreliable networks, poor internet connections, and a user that may be screen illiterate. If Nomanini is successful, hopefully we will get another set of entrepreneurs to be thinking about Africa as a target market rather than trying to build a video-sharing service.”

Right now, Nomanini is only active in South Africa, but the company has received requests for the boxes from all over the continent. Projects for Kenya and Nigeria are in the pipeline as well as plans to sell additional types of vouchers.

Startup Spotlight is a new weekly series that features a company with a unique idea or story to tell. If you want us to consider your company, please submit an application at https://venturebeat.com/news-tips.