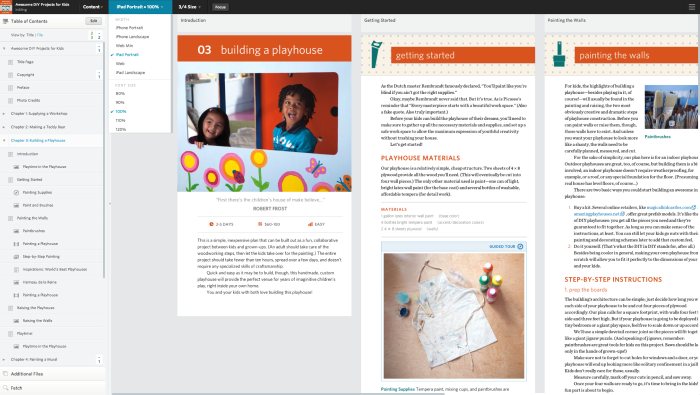 Matt MacInnis has an ax to grind with a certain digital publishing giant, and he isn’t trying to hide it.

While he acknowledges Amazon’s place in popularizing e-books, he also believes the company has been holding back digital publishing for years. Now, after helping to popularize digital textbooks and digital travel guides, MacInnis thinks he finally has the tools to make Inkling a threat to Amazon.

“We’ve been working over the last three years on a whole set of problems to move the industry forward. … Looking at the current model that exists today [the Amazon model] is cringe inducing,” MacInnis told VentureBeat in an interview on Monday.

With Inkling Habitat and the recently-launched Inkling Content Discovery Platform, which allows search engines to index entire digital books and lead consumers to purchase them, the company aims to show publishers how they could be better off outside of Amazon’s walled garden. (Amazon’s Kindle books aren’t indexable by Google and other search engines, which makes them practically invisible.)

The announcement comes only a few hours after competitor Kno announced a new product to turn PDFs into interactive e-books.

It makes sense for the CEO of a digital publishing company to view Amazon as a rival, but MacInnis’s tone now feels far more aggressive than in the past — perhaps born out of confidence. He tells me that he’s “blown away” by the results of Inkling’s Content Discovery Platform.

“The conversion rate is so good we’re scared it’s not real,” MacInnis said. “We’re basically killing the traditional model of conversion rates. … Publishers love it since it give them an end-run around Amazon, and people love it since they can search for content on Google like they do every day.”

Now with Inkling Habitat, even more publishers will be able to create professional-quality digital books on Inkling’s platform. Most important, they will also be able to reap the benefits of the insane conversion rates the company is seeing via Google. So far, all of Inkling’s publishing partners have approved Google’s indexing, except for the higher-ed publisher Pearson.

Feature-wise, Habitat lets publishers collaborate on a digital book from anywhere in the world, it lets them integrate a wide variety of media, and it also lets them easily publish to multiple platforms with a single click. While digital publishing software like iBooks has remained fairly traditional — with all of its files sitting on your desktop, and most of the creation work left up to a single person — Habitat is built for a more modern publishing environment that’s collaborative and readily accessible anywhere. 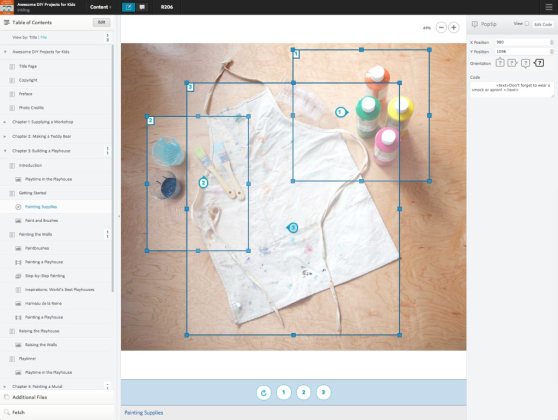 So what took so long for Inkling to allow search engines to index its wares? MacInnis explained that the company has actually been working on it for years, but there were five big reasons it was difficult:

Almost four years since Inkling’s launch in 2009, the company finally had all the pieces in place to open up its content and fully realize the potential of its platform.

San Francisco, Calif-based Inkling has raised a round of $17 million in 2011 from Tenaya Capital, Jafco Ventures, Pearson Education, and Sequoia Capital.