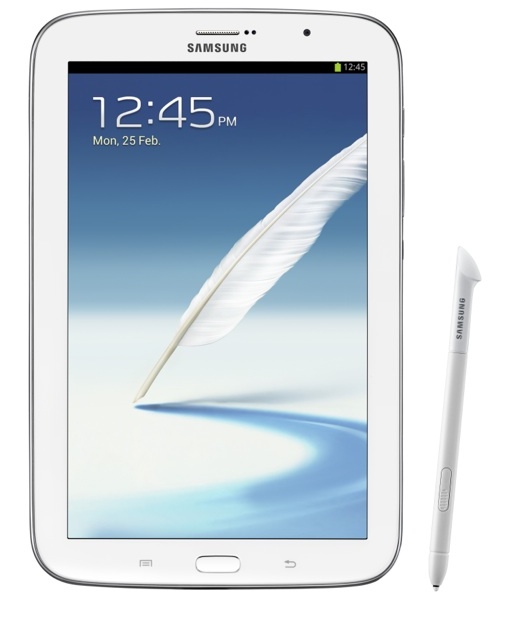 After its disappointing Galaxy Note 10.1 tablet, Samsung is trying again with the Galaxy Note 8.0, a smaller stylus-equipped tablet with a completely new design.

The new tablet aims to bring the best of the recently released Galaxy Note II smartphone and the previous Note 10.1 into a single device. At first glance, the tablet’s design seems free of the gaudiness from the Note 10.1, with a minimalist style that’s been noticeably absent from Samsung’s devices so far. It’s poised to be a direct competitor to the iPad Mini (though Samsung is quick to point out it originated the small tablet market with its first 7-inch Galaxy Tab slate).

It’s worth paying close attention to the Note 8.0’s refined style — the most recent Galaxy S IV rumor points out that Samsung’s next flagship phone may share some its design elements. The Galaxy S IV is also expected to debut at a March 14 event in New York City.

Judging from the pictures of the Note 8.0, it looks like Samsung is still sticking with plastic cases, instead of introducing more metal into the design. That’s a shame, as I’ve found that solid metal cases, like the iPhone 5’s and HTC’s most recent lineup, tend to feel much better than plastic.

The Note 8.0 comes equipped with an improved version of Chat-On, Samsung’s multimedia messaging client, and Awesome Note, a new note-taking app. It also supports Samsung’s multitasking Dual View feature, which lets you run two videos at once, and there’s a new Reading Mode, which lowers the brightness and makes the Note 8.0 more comfortable for reading e-books. 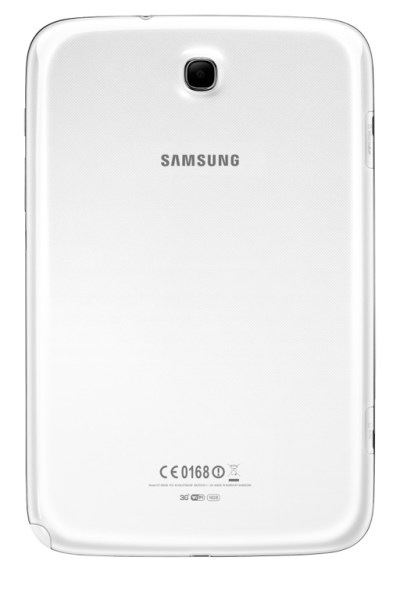