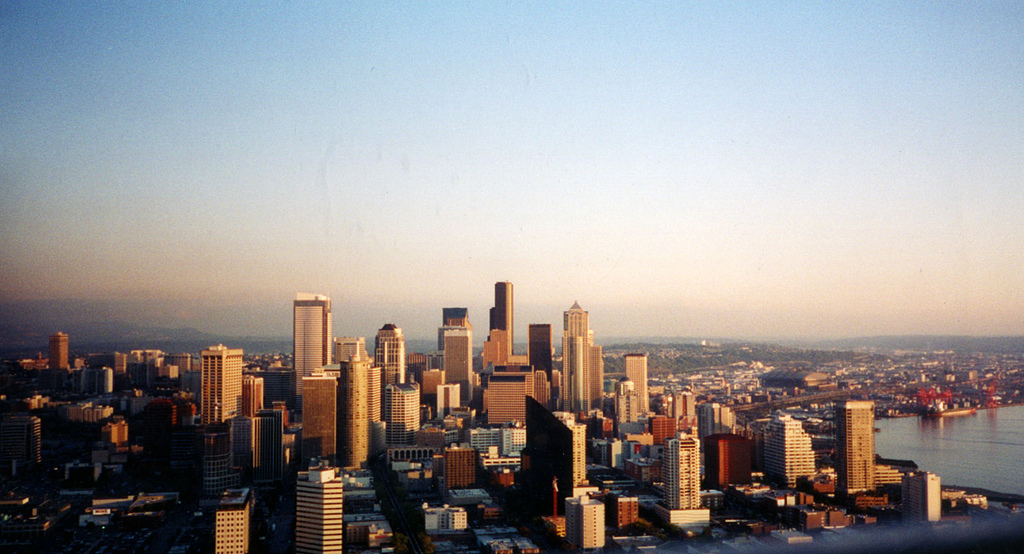 Funding Daily comes to you today from the rainy climes of the Pacific Northwest. From my location in downtown Seattle, I bring you today’s round up of funding stories, fueled by raindrops, Starbucks coffee, and the extraterrestrial energy coming off the Space Needle.

Andreessen Horowitz is beautifying its portfolio. Today, the prestigious venture capital firm led a $10.3 million round of financing in Julep Beauty Incorporated. Julep is a fast-growing cosmetics brand that sells nail polishes, bath and skin products, and makeup. The startup attributes this remarkably fast rate of production to a lean e-commerce business model, which does not involve physical stores and relies on social media channels for marketing. Lady Gaga manager Troy Carter, Precedent Investments, Will and Jada Pinkett Smith, Jay-Z’s Roc Nation, Western Technology Investments, and Version One Ventures also participated in this funding round. Read more on VentureBeat.

Rabbit has raised $3.3 million in funding for its innovative video chat system. The San Francisco company wants to reinvent chat by creating a better user interface for grouping people together. The focus is on the face of the person and what they’re talking about.The new investors include Google Ventures, CrunchFund, and Bebo founder Michael Birch. Existing investors also participated. Read more on VentureBeat.

UpTo wants to be the social glue of tomorrow, adds $1.5M, and opens its event stream platform

UpTo’s mobile app integrates with the calendar app on your smartphone, focusing not just on your own events but also on the future events that friends, family, and colleagues consider important. Now, 500,000 shared events and 2000 organizational event streams later, UpTo is pivoting to become the social glue of what’s next on an even bigger scale. And adding a handy second-round funding of $1.5 million from initial backers Detroit Venture Partners and Ludlow Ventures. Read more on VentureBeat.

The U.S. Defense Advanced Research Projects Agency (DARPA) has granted $6 million to professor Franz Franchetti of Carnegie Mellon University to develop software that protects unmanned ground vehicles and high-end cars from digital threats. Over the past five years, the U.S. military has focused on unmanned vehicles such as airborne drones because they cost less, are smaller, and allow military personnel to operate them from afar. However, this also makes them vulnerable to cyberattacks. Franchetti’s team will develop technology “to help computers figure out that they are under attack and to help them survive and continue operating.” Read more on VentureBeat.

New York City startup Sonar announced today that is has received a strategic investment from Microsoft’s Bing Fund. Sonar taps into social networks to tell you how you’re connected to people nearby and in locations you’ve checked into. Terms of the deal weren’t disclosed, but we’ve previously reported that the Bing Fund offers early-stage startups between $50,000 and $100,000, along with advice and design help. The investment will likely be a big help to Sonar, which has only received $200,000 in seed funding so far. Read more on VentureBeat.

Plastiq gets chic with $6M to phase out cash and checks

Plastiq has locked up $6 million in its second round of institutional financing to continue growing its network of customers, merchants, credit card associations, and financial services providers. Plastiq sets up credit card payments in sectors that generally rely on checks and cash. The service is primarily geared toward large costs, like tuition, cars, donations, taxes, and real estate. Atlas Venture and Flybridge Capital Partners led this round, with existing investors NextView Ventures and Greenoaks Capital participating. Plastiq has raised $8.35 million to date. Read more on VentureBeat.

Personal shopping platform Stitch Fix wants to be Rachel Zoe for those who can’t afford her. The site has a suite of tools and services that can “physically deliver personal styling to more than 10,000 clients across the United States.” The team of expert stylists and engineers have created a “retail intelligence approach to closets” that uses data analytics and algorithms to match each client to clothing and trends. Clients pay a $20 styling fee and receive curated items of clothing in the mail that they can choose to keep or return. This first round of financing was led by Baseline Ventures and Lightspeed Venture Parners, with Western Technology Investment. Read more on VentureBeat.

Draper Triangle, the Midwestern arm of Draper Fisher Jurveston Global Network, closed its third fund of $75-$100 million. The pool will invest in early stage companies located in the Midwest, including Pennsylania, Ohio, and Michigan. Since its formation 13 years ago, Draper Triangle has invested over $115 million in 37 companies and is the region’s most active early stage venture capital firm. It primarily puts money into high-tech companies in the IT, medical devices, and advanced materials sectors.

Red Hot Labs raises $1.5M for mobile games and a platform to make them spread

Started by the team that created Zynga’s FarmVille, Red Hot Labs has raised $1.5 million in funding to create a mobile-technology platform and the games that prove it works. Investors include Andreessen Horowitz, Greylock Partners, SV Angel, General Catalyst, and Japan’s IT-Farm. Angel investors in the company’s previous seed round include Keith Rabois, Chris Dixon, Bill Tai, Charles Huang, and Kai Huang. It’s not a big amount, but the investors are an all-star team. The hope is that the company can create a platform that mobile developers can use to create hits that spread in a viral fashion, lowering their expenses for advertising their own games. Read more on VentureBeat.

FundersClub forays into the now sexy world of enterprise software