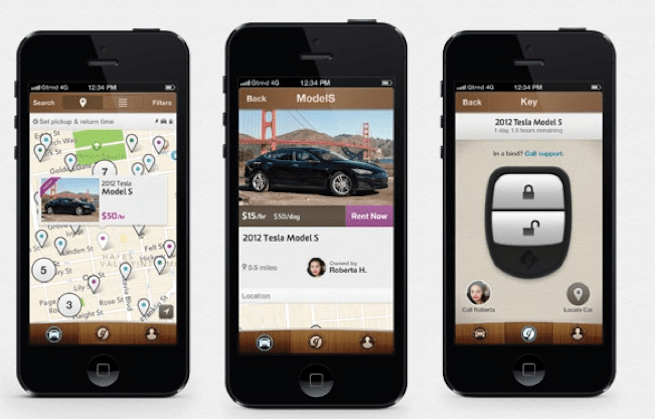 Getaround, the peer-to-peer car sharing service backed by investors like Marissa Mayer and Google’s Eric Schmidt, hopes its new iPhone app will prompt you to consider an alternative to car ownership.

Launching today, the redesigned app makes it easier for registered users to take a spin in a nearby stranger’s car. The app’s features include browsing cars without signing in (useful if you’re in a rush), filters for easier search, and an improved map view.

An Android app isn’t available yet, but plans for a launch are already in the works.

Getaround claims the process will be far speedier — some cars are available to instantly rent, as the owner’s approval isn’t required. In August, the company launched Getaway, a service for car owners to rent their car for months at a time, which is ideal for college students and business travelers.

To celebrate the app’s relaunch, two car owners have listed a 2012 Tesla Model S on the app. You’ve been living under a rock if you’ve missed the recent controversy surrounding this luxury sedan. Considered the cream of the all-electric crop, the Model S got panned by New York Times reviewer John Broder, prompting Tesla founder Elon Musk to publicly hit back. If you give the car a spin, let us know how it goes! 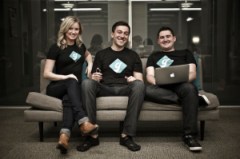 Getaround’s cofounder Jessica Scorpio (pictured left) told VentureBeat that she hopes to “enable a real shift in how people think about car ownership.” On the new app, she added, “We worked hard to improve the speed and reliability of our exisiting app while totally redesigning the look and feel and adding a few new, key features.”

In a competitive market, Getaround’s secret is its hardware, the “carkit,” which lets you lock and unlock a stranger’s from a smartphone. The service is free to join, and it will set you back as little as $3 an hour to rent a car. Car owners make an average of $350 a month, which is a darn sight better than letting an unused or rarely-used vehicle sit in a garage, slowly gathering dust.

Getaround has been around since May 2011 and competes with Avis-owned Zipcar, RelayRides, Wheelz and others. The company has signed on more cars than any other service, and recently eclipsed Zipcar.

Getaround is available in San Francisco, Austin, Portland, San Diego, and it recently launched in Chicago with the support of Mayor Rahm Emmanuel.