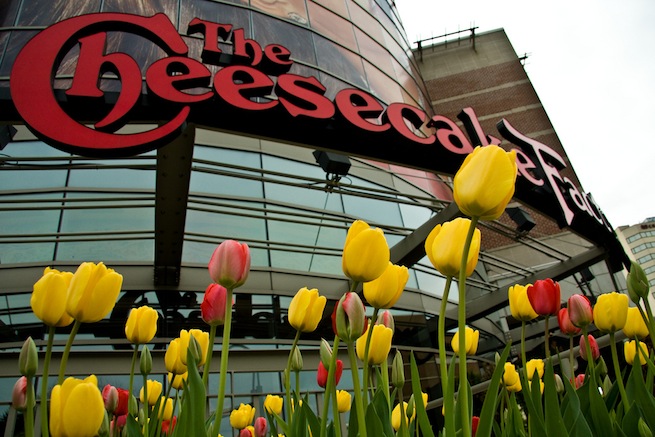 Imagine this scenario: A dinner guest to The Cheesecake Factory in Louisville, Ky. informs his waiter about some funky tasting ketchup. Simultaneously, across the country in Palo Alto, Calif., a customer complains about the color and consistency of the ketchup on his burger.

Are these two scenarios related and potentially linked back to a bad batch from a supplier? And if so, will The Cheesecake Factory be able to prevent such incidences from occurring?

For restaurant chains with dozens of locations and hundreds of suppliers, it’s a near impossible task to maintain the consistency of ingredients. One screw up from a supplier and they risk unhappy customers, or worse still, a rogue meatball infected with horse meat. In the aftermath of last week’s scandal, Ikea withdrew meat from hundreds of stores to offset the public relations nightmare. (Update: See below.)

To maintain a watchful eye over its supply chain, The Cheesecake Factory is using IBM‘s tools to analyze large data sets from its 175 locations across the U.S.

In future, the restaurant giant may even be able to predict a potentially bad batch (a trigger is set off, like a supplier’s tomatoes are cheaper than usual) before it makes its way to kitchens — and eventually to your table.

“If that mustard didn’t come out the right color because it wasn’t mixed properly on the production line, it’ll be flagged” said Angela Nardone, chairman and chief innovation officer of N2N Global, a provider of software and services to companies in the food supply chain, in an interview.

N2N has teamed up with IBM to provide The Cheesecake Factory with a technology that can communicate critical supply chain data instantly, so thousands of food items won’t need to be recalled and tested. Nardone said they have initiated a conversation with the Centers for Disease Control and Prevention, as it may be easier to track the culprit if a food-related scandal occurs.

It’s a big customer win for IBM, which is pushing its professional services branch into the growing market for “big data” technology. Projections show that the overall market could increase from $8.1 billion last year to $23.7 billion by 2016, according to to the technology research firm IDC.

In February, IBM announced it would cut the price on its least-expensive Power server computers by 50 percent, to under $6,000, in a bid to compete with other large vendors like Oracle and SAP.

The restaurant industry represents a massive opportunity for IBM and startups like Food Genius, which provide chefs with insights into the optimal menu, including what dishes to make, and how to market, and price them.

According to the National Restaurant Association, restaurant sales top $660 billion, and with nearly a million eateries in the United States alone.

While there are certainly applications for this technology beyond brand consistency, including food tracking and sourcing, they are currently using IBM’s tech over at Cheesecake Factory to ensure a consistent food color, taste and texture.