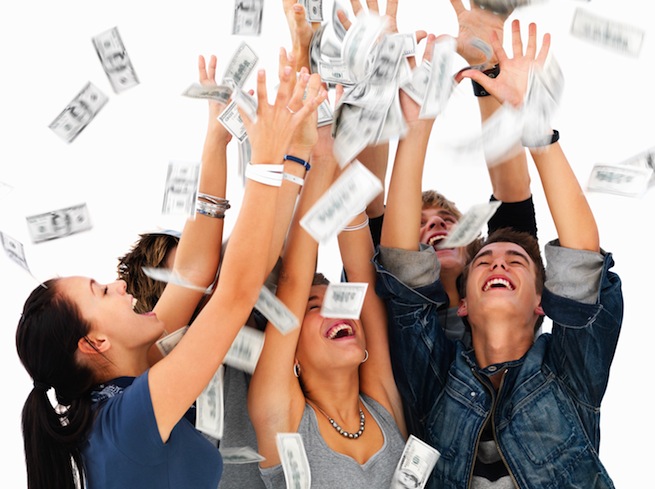 When New York-based entrepreneur Matthew Hogan quit his steady job in finance to work on a startup idea, he told his two closest friends during a road trip to Atlantic City. A few months later, they each wrote Hogan a $25,000 check.

Many tech entrepreneurs take investment from friends and family to test the viability of an idea. They raise just enough to fund a developer’s salary, office space, monthly rent, and a steady supply of ramen noodle soup.

It’s a time-honored startup strategy, but it’s a risky one. Hogan could make his friends rich, if his startup takes off. But if it craters, that lost $50,000 could haunt their friendship.

For Hogan, the investment buys him enough time to test the market opportunity for his startup, “DataCoup.” If all goes according to plan, it will earn him a place at a competitive tech accelerator program like TechStars, which he can parlay into additional investment. 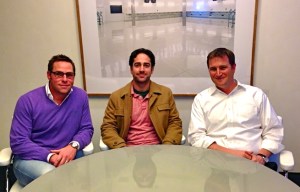 “I’m solely investing in this idea because of Matt,” said Andrew Frank, an investment banking managing director. “Anyone I didn’t know with the same idea, I wouldn’t have even looked at the slide deck,” he admitted.

Hedge fund manager Brian Kauffman knows what he’s getting himself into: he has made six  “alternative investments” over the years. Five of them were in friends’ startup companies. “If it [DataCoup] goes bad, I’d consider it to be a bad investment decision on my part,” said Kauffman in a Skype interview. “I wouldn’t blame Matt.”

With friends like these, it’s difficult to see a downside in taking their money. Typically, it’s a darn sight easier than landing a seasoned angel investor. An added benefit for Hogan was using his friends’ networks from the finance world. Frank, who has known Hogan since they were 10 years old, brought in a few investment banker friends to invest in DataCoup’s seed round.

Then there’s always the chance that the whole group will get rich and sail off to the Mediterranean in a fleet of matching yachts.

Hogan’s case aside, others advise caution in taking money from friends.

“I wouldn’t take family and friends money if I had any other choice,” said AngelList founder Naval Ravikant in a recent interview. Unlike a professional angel investor like Mike Maples or Dave McClure, your wealthy Uncle Jim can’t be called on for honest, critical feedback about your startup’s business model.

Related: Read our analysis of the “Series A crunch” and the risks of taking investment from friends and family.

Entrepreneurs should ask themselves, “Do you really want to lose your business, friends and family at the same time?” according to Ravikant. Blow your best friend’s $25,000 investment on some half-baked idea for a dating app, and you may destroy that relationship for good.

Here are some hard and fast rules to consider before taking “friend and family” money:

One of Kauffman’s six investments, another friend’s startup, recently went bust. He has subsequently hung out with the founder “many times” and even said he would consider investing in his next gig.

Frankly, investing in a seed-stage startup is like donating to a nonprofit: The chances of seeing that money again are slim to none. Still, it’s a bonding experience for Hogan and his bros.

“We could go into public equities and safe bond investments,” said Frank. “Or we could take some high risks with an astronomical upside.”