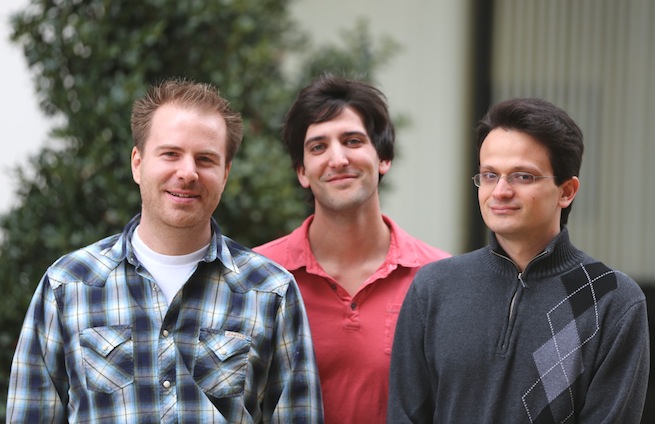 FoundationDB‘s team of ambitious founders are launching a new database that borrows from existing NoSQL and SQL databases, bringing developers “the best of both worlds.”

“When we started, we didn’t know this project was possible,” cofounder Nick Lavezzo said. “It seemed likely but also flew in the face of conventional wisdom.”

A bold undertaking, FoundationDB was developed from scratch in three-and-a-half years. It took a year’s worth of coding before the creators solved the trickiest technology problems and realized their vision for a modern database was a real possibility.

Their previous venture, Visual Sciences, was acquired by Omniture for about $60 million in 2008. After the sale, they played around with various mobile and cloud projects. They saw that new developer tools and cloud-based services were gaining traction. However, when it came time to choose a database, they noted a lack of innovation.

They founders consider these NoSQL databases to be the primary competition. “Our competitors chose to create open source implementations of existing technologies (Google’s BigTable and Amazon’s Dyanmo) and they released their early products very quickly, and have been paying the technical debt ever since,” Lavezzo explained.

According to Lavezzo, developers today have to compromise when choosing a database, which don’t fulfill all their needs. “They they have the marketing head start on us, but we have a technology advantage,” he said.

FoundationDB’s secret? The founders have brought back “ACID,” a set of transactions developed in the 1970s that deals with the challenge of having multiple clients simultaneously read and write the same data.

Most of the newer NoSQL databases discarded ACID, leaving developers with fewer guarantees that database transactions were processed reliably.

So FoundationDB’s founders decided to incorporate the strengths of NoSQL (scalability), but integrate what they call “YesACID” to ensure their system won’t be taken down by a single point of failure.

The founders currently have 700 customers signed on to the alpha test, including Fortune 500 companies. They have secured investors and have poured their own money into the startup, but won’t reveal a figure.

When asked about the potential for acquisition (database as a service is a hot space; Rackspace just acquired MongoDB service Object Rocket), Rosenthal said they are in it long haul.

In the future, they plan to add features, and make FoundationDB more compatible with existing services and tools, so it functions as more than a database.

This will inform the business model — the pricing isn’t set in stone yet, but they plan to sell the database (although there will be a free option for early-stage startups), and offer professional consulting services for developer teams that want to add a custom layer.

“Our long-term vision is to be the data storage layer for modern systems,” said Rosenthal.