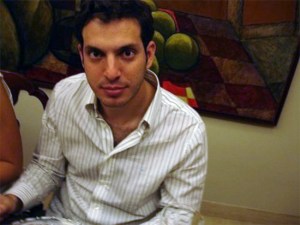 Facebook has just acquired Storylane, a CMS for creating and sharing online content. Terms of the acquisition weren’t disclosed, but the young company and its newborn baby of a product weren’t the target of the deal — the staff was.

The startup only just launched last fall, but four months on the market was enough for them. The service had amassed around 200,000 total shared stories as of its acquisition and had also launched a read-only iPhone app.

“After a lot of discussions with Facebook about how our teams might work together to have even greater impact, we are announcing today that the Storylane team will be joining Facebook,” writes Storylane founder Jonathan Gheller in — what else? — a Storylane story.

He said Facebook isn’t taking over the Storylane product, meaning this is a talent acquisition. Users will be able to migrate their content elsewhere soon.

Currently, Storylane’s DBA name, Mixtent, claims 18 employees on LinkedIn. Gheller himself previously founded Fashmatch, which Like.com acquired; he was then a product manager at Like.com until Google acquired it.