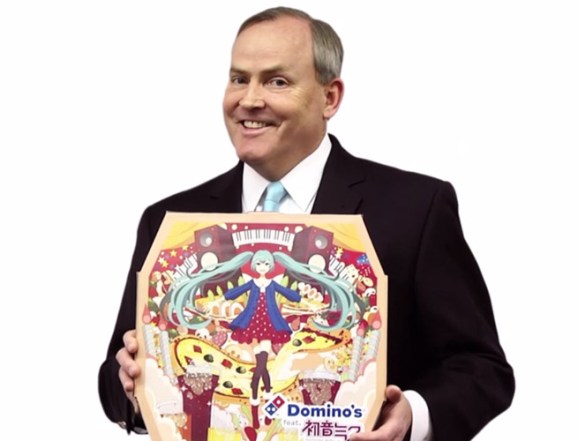 There are horrible, terrible ways to advertise a new iPhone app. And then there is this new YouTube ad by Domino’s, which has become a viral sensation because it’s so amazingly bad.

Domino’s Japan President Scott Oellkers tries his best to read a script about how exciting the company’s new iPhone app is, and it falls flat. It doesn’t make much sense that Oellkers is the one introducting the app, considering it heavily features Hatsune Miku, a popular anime character who helps sell music software.

What’s sad is that Domino’s Japanese app does do some interesting things. On top of ordering pizza from it, you’re able to take pictures with Hatsune Miku and even watch an augmented reality performance by Hatsune Miku on your phone.

One thing to keep in mind: Perhaps the ad is more palatable to the Japanese market than it is with Americans. If you can’t understand what Oellkers is saying, the ad may not be as terrible.

The ad has attracted more than 230,000 views since its debut on Wednesday.