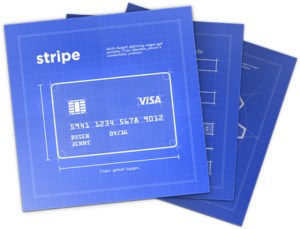 Stripe, the mobile payment platform for developers, has just announced its acquisition of three-man app Kickoff.

Kickoff is a desktop Mac app for group chat and task management for teams. The Apple-flavored product looks and feels at home on Mac devices, but its features are pretty duplicative of what Stripe already offers.

But the service itself isn’t really the point. As app designer and Kickoff team member Benjamin De Cock wrote today on his personal blog, he’d been doing freelance work for Stripe for some time.

“As my experience with Stripe evolved, we talked about ways to work together and eventually decided that it made sense for Stripe to acquire Kickoff,” he continued.

Another reason it made sense is Stripe’s lovely Scrooge McDuck-like vault of money. The company took $18 million this time last year and doubled down with an additional $20 million in July. At this point we’re pretty sure they use gold bricks as doorstops.

So, what does an API company do with a team of product designers? We’ll just have to keep an eye on the company’s roll-outs for the rest of the year to find out.