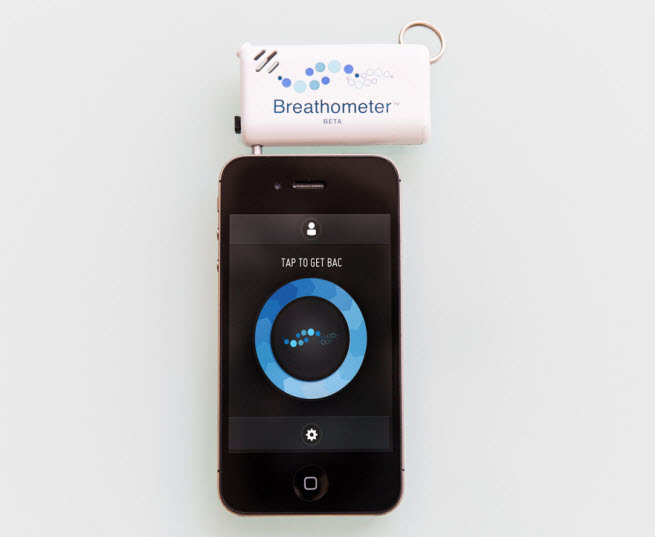 Before you get into a car to drive, it’s probably a good idea to know whether you’re drunk. Breathometer makes that possible with what it calls the world’s first smartphone breathalyzer. The device plugs into your smartphone and measures your blood alcohol concentration when you breathe into it.

The device is about the size of a car key, and you can plug it into a smartphone’s headphone jack. Then you can open a mobile app that will measure your breath.

It will be available this summer for $20, but you can begin pre-ordering it today. Burlingame, Calif.-based Breathometer is also kicking off an Indiegogo crowdfunding campaign.

“Breathometer wasn’t created just to address the risks associated with drinking and driving, but to help people, their friends, and family, all to make smart and safer choices when consuming alcohol. Real time BAC measurement is the first step,” said Charles Michael Yim, founder and chief executive of Breathometer.

The device works with iPhones and Android devices. And the app makes it easy for you to connect to local transportation if you are impaired. The device will be available via Breathometer.com, the Apple iTunes App Store, and Google Play. Breathometer is awaiting approval from the Food and Drug Administration, and the company has applied for patents.

“Breathometer is as much for a parent as it is for someone who ‘parties.’ Both want an easier way to be smart and safe — for themselves, as well as the people they care about,” Yim said.