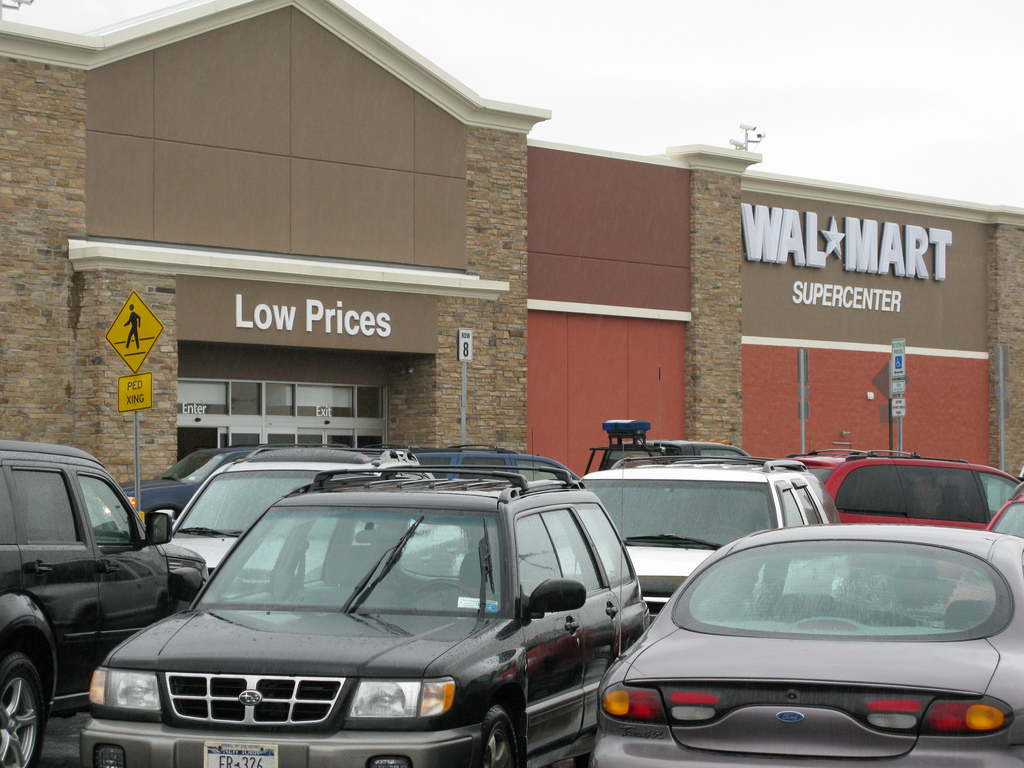 Wal-Mart is dipping its toe into the sharing economy. The iconic seller of mass-produced, cheaply made, inexpensive, goods is considering a new crowdsourced delivery system.

Getting an edge on home-delivery is a continuous battle amongst e-commerce giants and brick-and-mortar retailers alike. Amazon, eBay, and Target, not to mention a slew of startups, are experimenting with different models that quickly and cheaply get their products into the hands of purchasers. Even Google today announced its own same-day shopping service called Shopping Express.

Wal-Mart began testing a same-day delivery service during the holiday season in order to keep up with competitors and consumer demand. According to a report in Reuters, Wal-Mart’s latest plan would pay in-store customers to deliver online orders to people in their community. People who are shopping at an actual Wal-Mart can sign up to drop off packages for people who live nearby, and in exchange receive a discount on their shipping bill.

The plan is based on the idea of the “sharing economy,” which connects people with available goods, services, skills, space, time etc… to those who need them.  Startups like TaskRabbit, Exec, Zaarly, and Postmates have quickly made this model a staple of internet commerce, and large retailers are taking notice.

Wal-Mart has struggled to make in-roads with the online market. It traditionally uses Fedex for online purchases and recently began trying out a series of different delivery models to see what works. Earlier this week, the corporation announced plans to test the use of lockers to store online purchases until shoppers pick them up, similar to Amazon. It also recently experimented with deploying its own delivery trucks with Walmart To Go.

Leveraging a local workforce could provide more immediate service than channels like Fedex, UPS, or the postal service, at a lower cost than building up an internal fleet of delivery vans and drivers. However, working with regular people instead of employees raises a whole different slew of issues of accountability, reliability, and scale. The idea is currently in the “brain-storming” stage, according to Wal-Mart exec Jeff McAllister in the Reuters article. However, it will be available as a test in some stores, and perhaps only available for metro markets and higher-price items.